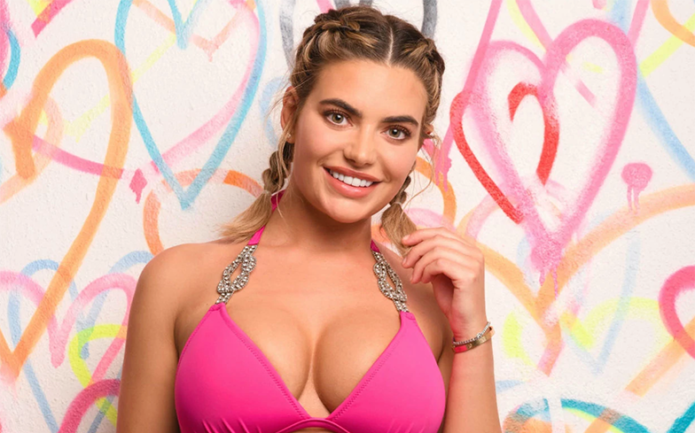 In an interview with The Sun, the 25-year-old model – who appeared on the reality show last year – said she “needed to get with a guy” due to society’s outdated perceptions on sexuality, despite having “deeper connections” with women.

“I first fell in love with a girl when I was 16, but it wasn’t even in a sexual way,” she told the newspaper. “I never saw her just in that way, but we’d like hang out, and one thing led to another. We would do everything together.

“I found her more and more attractive, and not even the way she looked, just like the way she was in general.”

Barton-Hanson revealed she originally auditioned for the third season of Love Island and was open about her sexuality, telling the producers that she felt like she was “more into girls”. However, she thinks she wasn’t accepted because it “put them off”.

When she was finally accepted for the show last year, she was afraid of revealing her sexuality to her fellow contestants and the general public. “In Love Island I already felt I had a stigma attached to me because of being a stripper,” she admitted.

She added: “I want to find someone to travel with and enjoy life with, so I feel like I just need to be a bit brave now and say it how it is. It’s so easy to let fear of people’s opinions stop you from being true to yourself.

“If you have any type of platform I think it’s important to use it for people who don’t have a voice. There’s a lot of people who fear they can’t come out – but the more it’s spoken about the more it becomes less of a thing.”

The fifth season of Love Island premiered yesterday. It airs daily on ITV2.