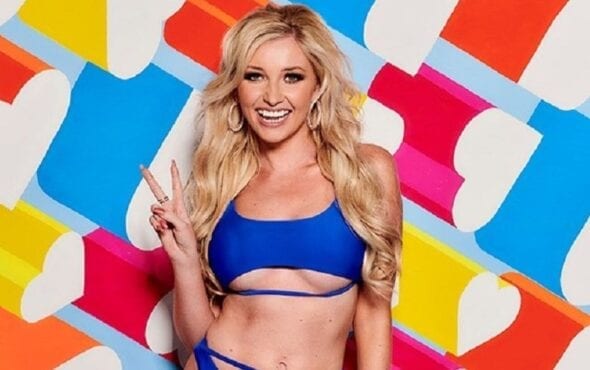 The star thought the idea could work as a separate show.

One of the biggest reality TV hits of the past few years has been Love Island. The show spawns fountains of memes and becomes the most talked about thing whenever it’s on. However, the show has only focused on straight, cis couples, leaving LGBTQ+ people out.

There have been numerous mentions of the idea of LGBTQ+ people to featuring on the main show or a same-sex version of the show, and this has a new backer in the form of Love Island star Amy Hart.

Amy competed on the fifth season of the show, initially pairing with ballroom dancer Curtis Pritchard, before voluntarily leaving the show on its 37th day, citing personal reasons.

When asked about the show featuring more diversity with same-sex couples or polyamorous relationships in an interview with onlinecasinos.co.uk, Amy said: “I think it would be brilliant, but maybe it’s its own show.

“With Love Island, it’s a numbers game, you have your five initial couples and you have your bombshells. If you added different variations to it, it would get too complicated. I would love to see it though.”

In recent years, there has been a small rise in LGBTQ+ themed dating shows, like Are You the One? and The Bi Life, although these fail to break into the mainstream like Love Island and Love Is Blind.

Amy’s comments are also similar to those of Chris Coelen, the executive producer of Love Is Blind, who once said the second season the show might not be able to feature same-sex couples due to some “logistical difficulties in the current setup.”

Although the show currently doesn’t allow for same-sex couples, some queer people have competed on it, coming out after their time on the show. Megan Barton-Hanson, who competed on the show’s fourth series, came out as bisexual, saying that society’s outdated perceptions on sexuality, made her believe she needed a relationship with a man, despite having “deeper connections” with women.

Meanwhile, Justin Lacko, who competed on the first series of Love Island Australia, posted “I won’t lie anymore within myself. I want freedom to be free. I respect myself to say this. I love me and always will,” on Instagram

He later clarified on his Instagram story that this isn’t “me coming out at all about being gay. This is me coming out today that I fall in love with a person not a sex. I love women and man that’s it. “Gay, bi, straight – just be who you are.”