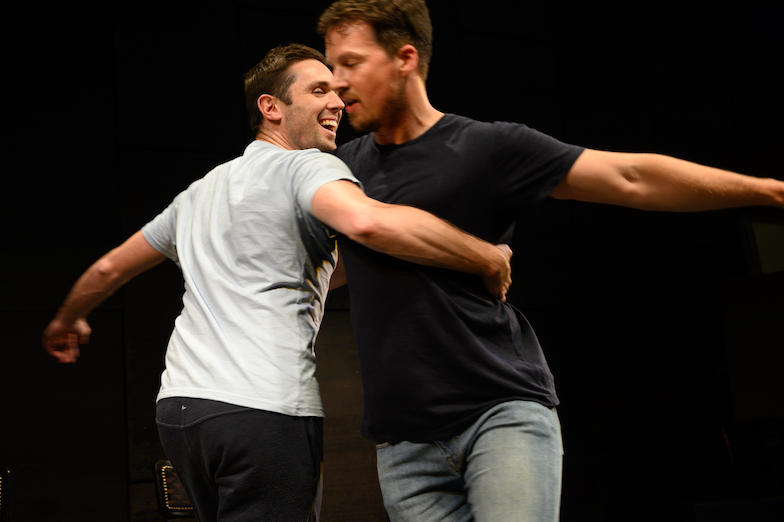 Love Is Only Love has returned to The Other Palace theatre to headline their Pride season, following a sold-out debut last year.

Set in suburban Australia in 1993, Love Is Only Love tells the tale of a young boy whose life is changed forever when, at the age of six years old, he falls for the passionate romance of Hollywood musicals. Thus begins a decades-long quest to find a love of his own.

Written by Sam Harrison, who stars as the boy in the show, it tells the stories of all sorts of different loves throughout his life – whether that be the love for his mother, the affection of school children, teenage crushes or meaningful long-term relationships. David Seadon-Young takes on multiple roles, playing all of these different loves of the boy’s life, in a lovingly-crafted production directed by Jason Morell.

It’s a brief show, weighing in at just over an hour, but it achieves a lot in that short time frame. Love Is Only Love is a charming and uplifting piece of LGBTQ+ theatre which still manages to pack a genuine emotional punch. We won’t spoil the ending, but there was a really poignant moment at the play’s conclusion which elicited an audible gasp from the audience.

What sets it apart from a lot of LGBTQ+ theatre is that it is, for the most part, relentlessly positive – there are no troubling coming out stories or problems with sexual health here. Of course no relationship comes without trials and tribulations, and there are a few ups and downs at various moments, but this is a generally very happy story. The boy is accepted by his parents – his rugby-playing dad even taking him to ballet lessons – he doesn’t struggle too much at school and he enjoys meaningful relationships.

While the star of the show is undoubtedly the story, it’s a well put-together piece of theatre, too. The staging is simple but effective, the acting is believable throughout and there are some inspired and amusing choreographed numbers. The routine which accompanies a rendition of Treat Me Rough is particularly entertaining.

Love Is Only Love is a delightful way to spend an hour at the theatre. It’s a witty, intelligent and enjoyable new show – one we’re happy to recommend.