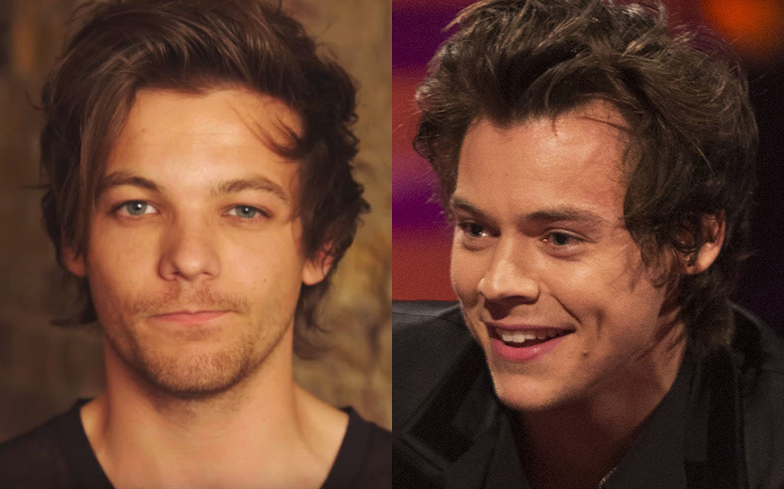 Louis Tomlinson has once again hit out at the rumours of a potential romance with Harry Styles.

Earlier this week, British publication The Mirror speculated that their “sexual” relationship was the reason for One Direction’s split, even though their ‘romance’ has been continuously denied by both parties.

For those who are unaware, One Direction fans have ‘shipped’ Harry and Louis as a couple for years, and some have even uploaded videos on YouTube with ‘evidence’ to prove the two stars were having a secret affair.

“One theory was that the “Larry Stylinson” fan fiction depicting the pair as lovers had pushed them apart,” wrote The Mirror. “Louis was extremely sensitive about the claims and admitted the speculation about their sexuality “created an atmosphere”.”

Louis responded to The Mirror’s article on Twitter, calling it the “biggest load of bullshit I’ve seen in a while. Typical unprovoked venom from The Mirror. Couldn’t be further from the truth!”

Biggest load of bullshit I’ve seen in a while. Typical unprovoked venom from The Mirror. Couldn’t be further from the truth! pic.twitter.com/AJUVvm8LPx

Earlier this month, Louis also slammed HBO for their animated love scene between him and Harry.

In an episode of new teen drama, Euphoria, audiences were introduced to Rue (Barbie Ferreira), a former internet star who became a viral sensation after producing sexual fan-fiction of Harry and Louis.

Rue’s introduction was then followed by a sexually-explicit, anime-esque love scene between the two stars. Shortly after the episode aired, fans slammed Euphoria, saying it’s “disgusting and disrespectful” to the stars.

“FUCK euphoria,” said one fan. “That’s so disrespectful to both Harry & Louis. To know that this is going to blow up & they probably did it just to get their viewers up is 100x worse.” Another wrote: “I am COMPLETELY AGAINST THIS.

“it doesn’t matter your views on Larry, whatever their relationship is, THIS IS DISRESPECTFUL TO THEM.”

Some fans were quick to question whether the series gained permission from Harry and Louis to use their name and image for the scene, to which Louis responded on Twitter: “I can categorically say that I was not contacted nor did I approve it.”

I can categorically say that I was not contacted nor did I approve it.