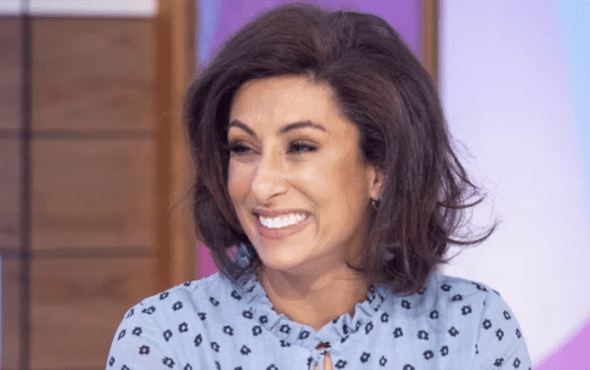 “That’s what I would do if I was in charge.”

Saira Khan has announced she is leaving the ITV daytime talk show Loose Women and wants her replacement to be gay, transgender or non-binary.”

The initial news of Khan’s departure was announced via her Sunday Mirror column.

In her latest Instagram post, the TV personality gave fans her idea of who should replace her, stating: “I’d love my [Loose Women] seat to be given to either a gay, transgender or non-binary person.”

She continued: “That will help the show be more reflective of the world we live in. That’s what I would do if I was in charge.”

In her column, Khan revealed that the ongoing pandemic helped inspire her decision.

“There’s no doubt that the restrictions caused by the pandemic created a catalyst for change.

“Many people, including myself, have rediscovered the importance of putting our lives into perspective. We’ve been able to look at what’s really important to us,” she said.

She later went on to give insight on what fans can expect from her in 2021, stating: “I think I’ve shown everyone I’m an opinionated, strong woman, but now I want to focus on pursuing other media projects., running my skincare business, Saira Skin and developing my love for wellness.”

Saira Khan departure comes after serving five years as a panellist on the popular show.

“I will miss the great women who have become my very close friends. I feel honoured and privileged to have sat alongside them and learnt from them,” she says.