London Gay Men’s Chorus are bringing Tinseltown to the Troxy 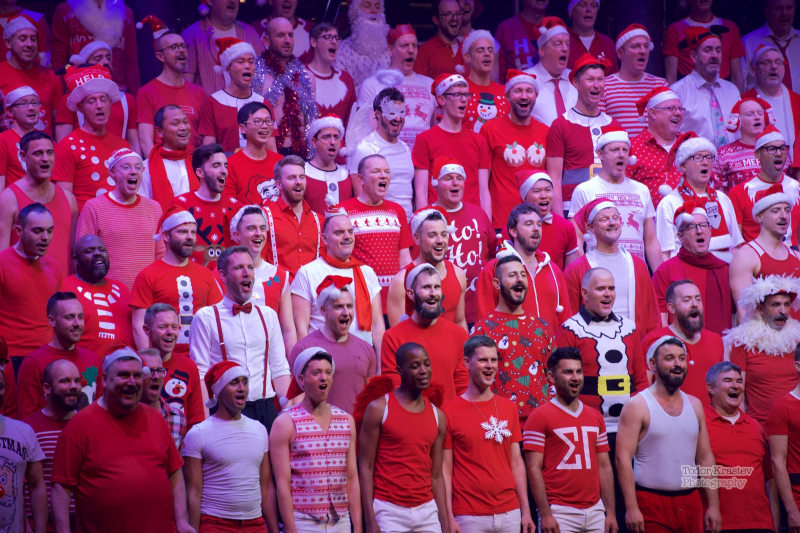 The 200-strong voices of the London Gay Men’s Chorus collaborate with a studio symphony orchestra in a programme that captures the glitz and glamour of Tinseltown.

With a variety of music showcasing Hollywood in all its grandeur, you can expect to hear a wonderful range of classics from the silver screen. The show will also feature a number of seasonal favourites to get you into the festive spirit.

Sunset Boulevard, Moulin Rouge and The Sound of Music are among the movies that feature in this kaleidoscope of fabulous new arrangements. Dancers, special guests and fantastic choreography combine to create a winter’s treat not to be missed!

Tinseltown will be performed at the Troxy on Friday 15th and Saturday 16th December. Due to demand for the evening shows, the chorus has recently announced a matinee on the Saturday, for those wishing to make a day of their musical-themed festivities. This show is the culmination of a busy year for the LGMC. Following tours of Europe and the USA the boys took their politically-charged show Agit-Pop, featuring guest speakers Bisi Alimi and Peter Tatchell, to a sold-out Cadogan Hall in the summer. They also appeared at Manchester’s Hand In Hand festival and Suffolk’s Snape Proms, and recently performed alongside Lesley Garrett at a charity gala concert at the Theatre Royal Haymarket.

Tinseltown will be conducted by artistic director Simon Sharp in the stunning Art Deco setting of the Troxy. Join the LGMC on the red carpet for what promises to be a great start to your festive season!