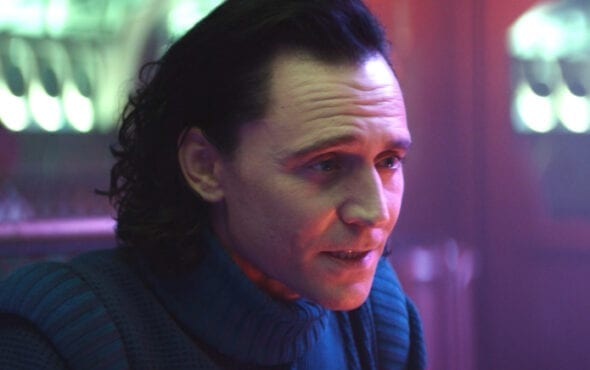 According to the Disney+ spin-off’s director Kate Herron, it was “very important” for her to incorporate Loki’s bisexuality from the comics into the series.

“It is a part of who he is and who I am too,” the screenwriter and director said in a tweet. “I know this is a small step but I’m happy, and heart is so full, to say that this is now canon in #MCU.”

With this announcement, Loki (Tom Hiddleston) officially makes history as the first openly bisexual superhero in the Marvel Cinematic Universe. In the third episode, during an adventure (gone wrong) to a planet known as Lamentis-1, the character had a heartfelt discussion with Sylvie (Sophia Di Martino) – a Loki variant – about their parents, powers and love.

After Sylvie asked Loki if he’s had romantic experiences with princesses or “perhaps another prince”, Loki admitted: “A bit of both, I suspect the same as you.” Although it was a tiny moment, it was a breath of fresh air to witness some non-heterosexuality in the franchise and confirmed that Marvel executives are making good on their previous commitment to diversify their heroes.

Prior to the show’s release, it was also confirmed that Loki identifies as gender-fluid. In an interview with Out, Hiddleston said he’s “known about the breadth of Loki’s identity” since he was first cast as the character in 2011, and did a “really deep dive” into the character’s arc, which spans thousands of years.

Hiddleston said that the MCU’s promise for more diversity and inclusivity – which we will also see with Tessa Thompson and Brian Tyree Henry’s characters in Thor: Love and Thunder and Eternals, respectively – is “really exciting”.

“The Marvel Cinematic Universe is expanding and quite correctly, is so much more inclusive,” the Emmy-nominated actor added. “I think it creates unbelievable possibility, a world of opportunity and storytelling which we haven’t seen yet.

“Thrilled to be part of it, and can’t wait to see where it goes.” Loki takes place after the events of Avengers: Endgame, which became the highest-grossing film of all time, and follows an alternative version of the Asgardian trickster who escapes imprisonment from Earth’s Mightiest Heroes and creates a new timeline.

The first three episodes are now available to stream on Disney+.