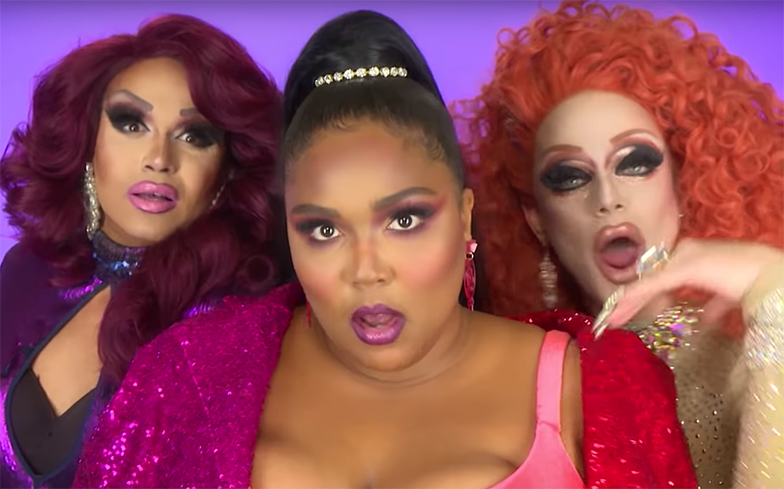 Lizzo has released another music video for her critically-acclaimed funk-pop jam, Juice.

The queens can be seen bopping to the body positive anthem with grapefruit, bananas, blueberries, strawberries, and oranges. Their collaboration comes as no surprise, seeing as how Lizzo has voiced her love for Drag Race many, many times. Oh, and she appeared as a guest judge on the show’s tenth season.

Can we get this as a lip sync song now puh-leez? Watch the video below.

Lizzo’s highly-anticipated debut album, Cuz I Love You, will be available on iTunes and streaming services tomorrow.

The album will feature the title track, Tempo (with Missy Elliott) and Juice, which recently became the star’s first top 40 hit in the UK.

The Missy Elliott collaboration has been a long time coming for Lizzo. In an Instagram post, alongside selfies of the two, she recalled meeting her idol two years go and playing her music, hoping they’d collaborate one day.

“Deep down inside I knew one day we’d have something even more special than a selfie. Today is that day. Missy, you are the inspiration of my entire career,” she wrote.

“When you dropped music videos or SHUT DOWN award shows I felt SEEN. More importantly I felt REPRESENTED. You made this chubby, weird, black girl believe that ANYTHING was possible.

“And now we have a BANGER together – till this day you continue to inspire me to make my dreams come true.”

Listen to the incredible Tempo below.