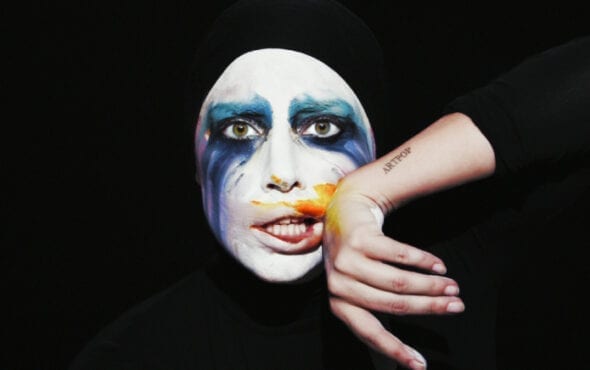 BREAKING NEWS ALERT: DJ White Shadow has made a “plan” to speak with Lady Gaga about that long-rumoured ARTPOP sequel.

Following the #buyARTPOPoniTunes campaign on Twitter, which catapulted the album to number one on iTunes in several countries, the producer told his followers that their voices for a sequel have been “heard”.

“You were heard. I talked to LG last night and she shared my incredible joy. We made a plan to get together after Italy and discuss your wishes. No promises made, but kindness and love are as strong as steel,” he wrote.

“Now is not the time to let up. Go harder. Forget the past. Think about the future. Apply positive pressure to the universe and let’s make a diamond. I am so in love with you all.”

Little Monsters went berserk in the comments section. Most of the responses consisted of fans telling the musician how much the record has personally impacted them, while others expressed their excitement for a potential sequel.

“I’m crying. This means so much to us. Thank you forever,” said one Monster, while another wrote: “We loved ARTPOP. We know she and all the producers loved it too. We want her to know about our undying support.”

Due to its experimental, EDM and synthpop sound, and because it followed one of Gaga’s biggest eras to date, Born This Way, ARTPOP was released in 2013 to polarized reviews from both fans and critics.

It has since been lauded as “ahead of its time”, and now stands as one of the star’s most beloved and revered collections to date. It featured singles such as Applause, Do What U Want and G.U.Y (Girl Under You).

A sequel album, which was teased by Gaga before the original’s release, received traction earlier this month when DJ White Shadow said he messaged Gaga about a petition for the follow-up, which currently has over 44,000 signatures.

This ultimately caused the #buyARTPOPoniTunes hashtag to go viral on Twitter.

In response, Gaga tweeted: “Making this album was like heart surgery, I was desperate, in pain, and poured my heart into electronic music that slammed harder than any drug I could find. I fell apart after I released this album.

“Thank you for celebrating something that once felt like destruction. We always believed it was ahead of its time. Years later turns out, sometimes, artists know. And so do little monsters. Paws up.”

When we ranked all seven of Gaga’s albums, we hailed ARTPOP as “one of the most creative, ambitious projects a pop star has ever released.” Facts are facts, right?