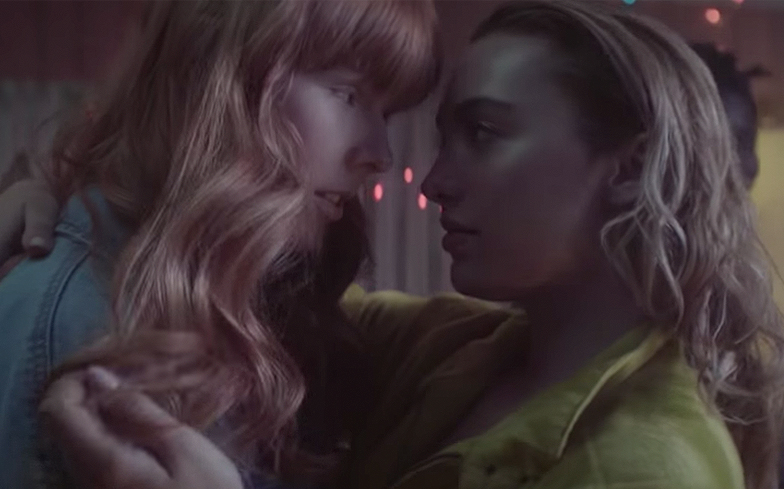 Little Mix have always been vocal allies of the LGBTQ community, so it was only a matter of time before they featured a same-sex love story in one of their music videos.

The girl group teamed up with Cheat Codes for huge new dance anthem Only You, and the accompanying visual features a queer romance with a magical twist.

It stars US actress Peyton List as one of the two leads, whose TV and films credits include Jessie, Diary Of A Wimpy Kid, 27 Dresses, and many more.

Directed by Frank Borin, a red-headed female has the night of her life with a mysterious blonde, but when there’s a confrontation by the swimming pool later in the evening, events take an unexpected turn.

Only You was released three weeks ago and has already been streamed more than 15 million times.

Little Mix are currently embarking on their Summer Hits Tour across the UK, playing to thousands of fans. They are also busy in the studio working on their fifth album, which will be released later this year.

It spawned the hit single Shout Out To My Ex, Touch, No More Sad Songs, Power, and CNCO collaboration Reggaeton Lento.