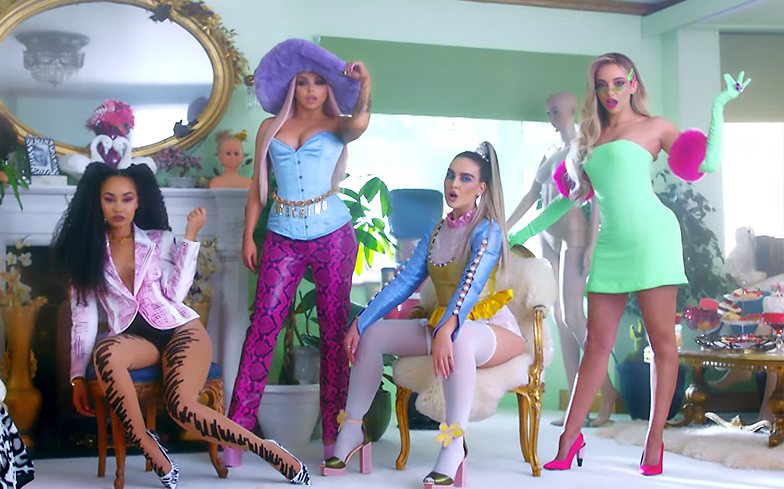 Little Mix are back with a bang.

After weeks of teasing, the chart-topping British girl group have finally released their new single Bounce Back, and it’s everything we hoped it would be… in other words, it’s a BOP and a half.

“Tell me what you know about me, welcome to the city where it’s sweet, you know I’ll be takin’ Vita-D, that’s why I can’t fit up in these jeans,” the girls rap on the fierce, hip-hop influenced track, which was produced by the legendary Stargate.

But the best moment comes in the chorus, which sees Little Mix expertly sample Soul II Soul’s 1989 hit Back To Life – if the name doesn’t instantly ring a bell, you’ll definitely recognise it when you hear it.

And if the song wasn’t incredible enough on its own, the looks the girls serve in the accompanying music video have left us floored.

Costume changes, choreography and more wigs than a Drag Race workroom, Little Mix have delivered one of the best visuals of their career.

With four UK number one singles to their name, we wouldn’t be surprised if this becomes their fifth.

The group will head out on a huge arena tour later this year, playing 32 dates across the UK and Ireland.