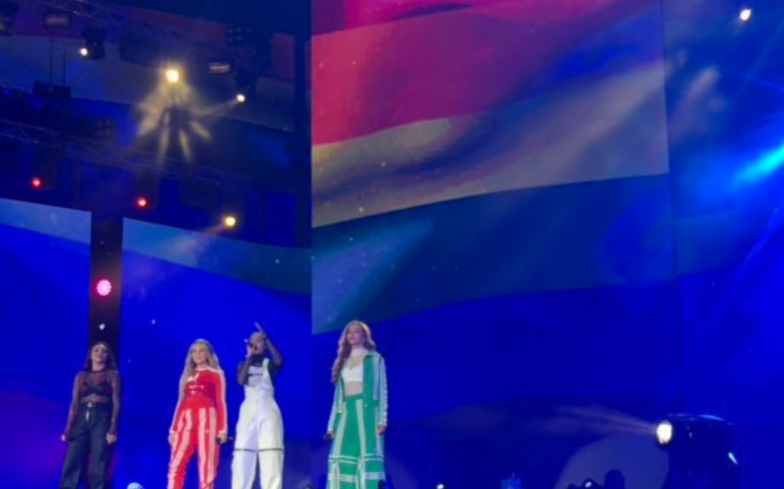 Homosexuality is illegal in the United Arab Emirates, and in Dubai it’s punishable with up to ten years in jail.

And as Little Mix performed the hit song during a concert in Dubai, lighting up screens surrounding them was the Pride flag.

As part of the United Arab Emirates, Dubai has strict laws concerning homosexuality and the promotion of LGBTQ imagery, with people facing a jail term of up to ten years, but this did not deter the group.

LM Global shared a clip of the group performing with the Pride flag behind them, pointing out how it’s illegal in Dubai. In a follow-up tweet, the account thanked Little Mix for their support of the LGBTQ community.

And many fans thanked Little Mix for their support, with one writing: “This should be an enough reason that they are out there being the girl group who really speaks up and use their platform to spread messages and be that symbol of hope and empowerment. My ladies ain’t just showing off their talents their really out there using it for A CAUSE.”

Another wrote: “WE STAN LITTLE LEGENDS.”

And when one person wrote: “imagine all the parents there with their kids……” someone else responded, saying: “good. their kids will be exposed to equality and the importance of tolerance.”

Little mix singing secret love song with a big rainbow flag on the big screen behind them in Dubai, where being gay is illegal screams the same energy as when Harry waved the rainbow flag in Singapore when he was told not to by securities. Both radiate big dick energy!!

That's so beautiful, powerful and badass!