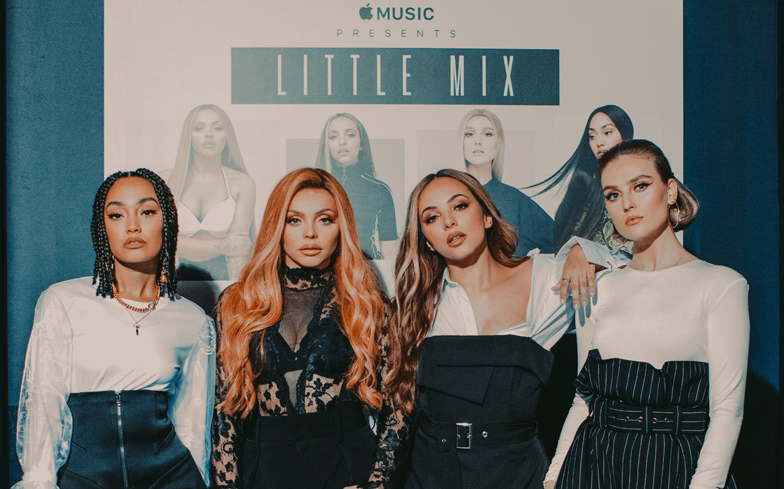 There’s a reason Little Mix are the biggest girl group in the world right now, and last night in London they proved that title yet again.

Jade, Jesy, Perrie and Leigh-Anne performed a very special album launch show for Apple Music at EartH in Hackney, inviting along fans for the nine-track set.

The girls kicked off the performance with a rendition of their chart-topping hit Shout Out To My Ex, stripping back the productions and letting their tight harmonies shine.

Little Mix used the show to also perform a handful of brand new tracks from their forthcoming album LM5.

New cuts included Told You So and The Cure, as well as recent single Woman Like Me and promo track Joan of Arc. A slightly re-worked version of their Cheat Codes collaboration Only You had the fans cheering loudly, as did their classic hits Black Magic and Touch.

They also treated fans to a live performance of their new track Strip, which included an appearance from Sharaya J.

The full set list for Little Mix’s Apple Music show was as follows:

Fans who didn’t get to attend the show or watch the live stream last night can catch the performance on Apple Music now.

Little Mix’s new album LM5 will be available to stream and download worldwide on 16 November.

The girls will support the new music with a massive headline tour of the UK next year, which will start in October.

Related: Little Mix’s Jade had the perfect response when asked why we still need Pride