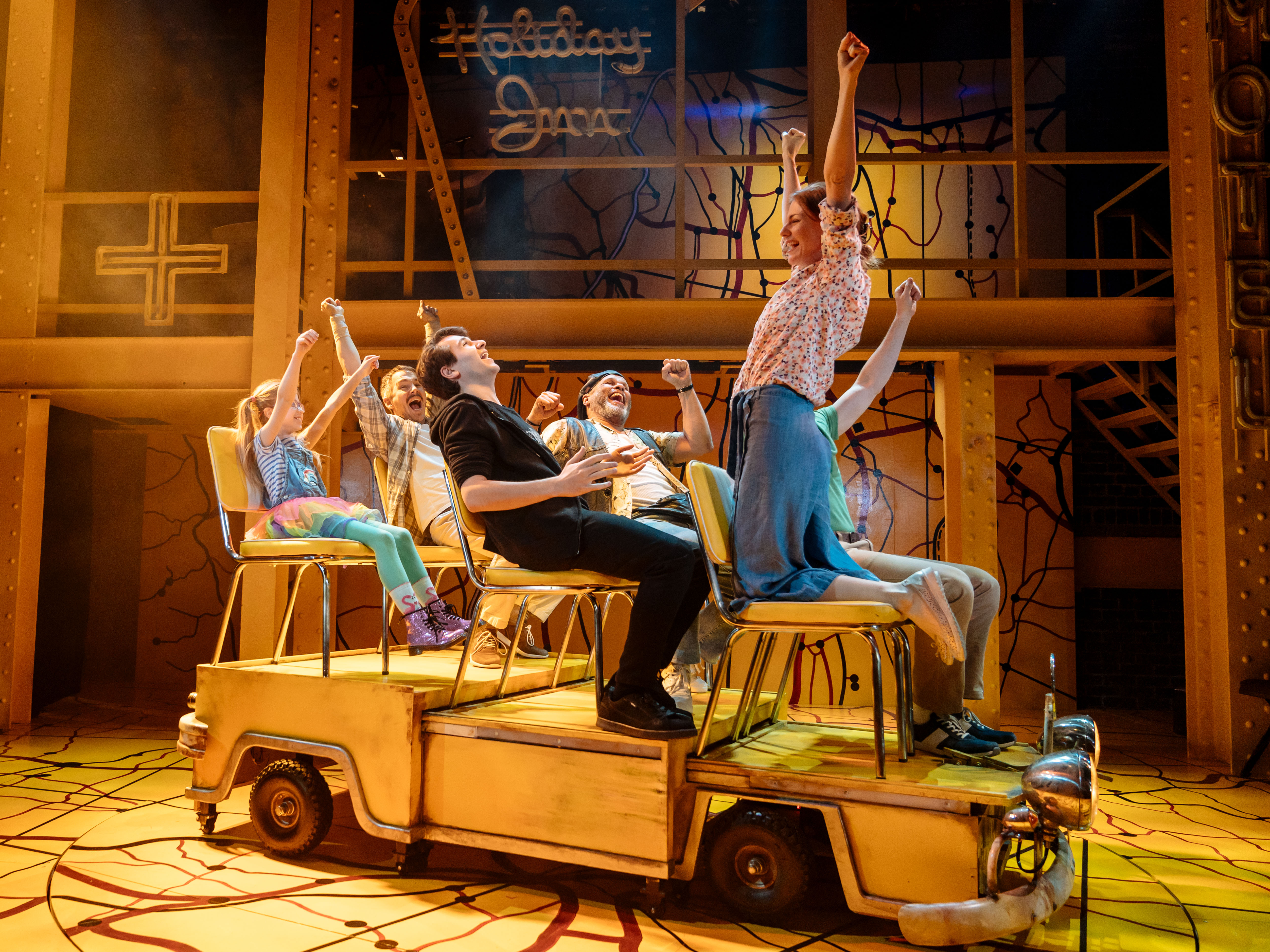 This stage re-imagining of the 2006 Oscar-winning film of the same name has made its European debut at Dalston’s Arcola Theatre, directed by Mehmet Ergen.

Little Miss Sunshine is a new musical comedy from Tony-award winning duo James Lapine (book) and William Finn (music and lyrics). For those who haven’t seen the film, it tells the story of the Hoover family as they attempt to travel from Albuquerque to California in an ancient and unreliable VW van, so that daughter Olive can take part in a child’s beauty pageant. They’re an unusual family – from the disreputable grandfather to the suicidal uncle, it seems a perfectly dysfunctional blend – which ensures that the lengthy trip has its fair share of twists and turns.

It’s a cute, enjoyable and uplifting show. It’s not particularly ambitious – the set and staging, while making effective use of the Arcola’s limited space, is simplistic throughout; the colour palette is almost entirely sunflower yellow; there are one or two neat touches of choreography, but there are moments where it all feels a bit basic. The songs, too, are rather straightforward – they aren’t bad, but nor are they particularly memorable, either.

Thankfully, a talented cast really raises this performance. A trio of young actresses rotate as Olive – we saw Sophie Hartley-Booth, who delivered her grand finale number with gusto. The other younger members of the cast were delightfully cheeky, too. Of the grown ups, we were particularly drawn to Gary Wilmot and his wayward charm as grandad, while Imelda Warren-Green in her dual role as Linda the efficient hospital assistant and reigning Miss California was wonderfully amusing.

While the performances may have been strong throughout, we felt Little Miss Sunshine as a musical was just slightly underwhelming. It’s a perfectly likeable experience and one that kept us entertained, but there was never really a ‘wow’ moment. An enjoyable and feel-good night at the theatre, but one that stops short of being great.