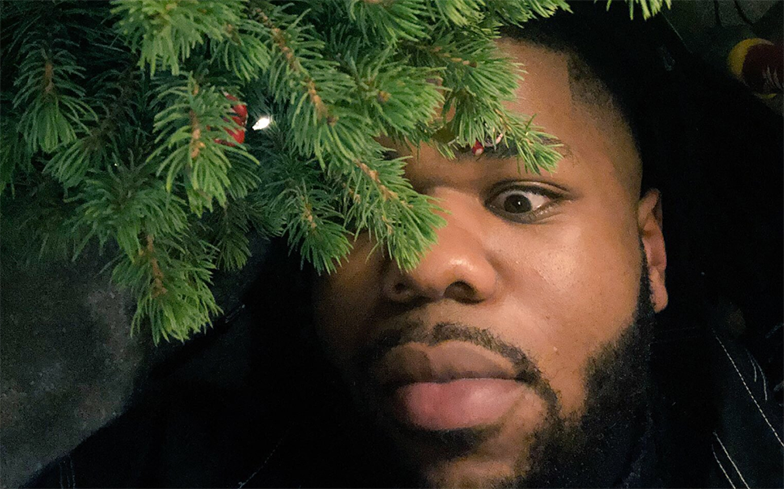 MNEK has released a brand new anthem just in time for the festive season.

On Stopped Believing in Santa, the British singer-songwriter finds himself unable to celebrate Christmas because he’s split with his partner.

“Cause there is no mistletoe, I kicked down the tree ’cause right now, that don’t mean nothing to me,” he laments on the solemn bop. “Why can’t December just be over real, real soon? Because Christmas isn’t Christmas without you.”

The track showcases MNEK’s smooth vocals over a wistful beat. It’s heartbreaking, but gorgeous. Listen below.

Stopped Believing in Santa is MNEK’s first release since his critically-acclaimed debut album, Language, which spawned massive anthems such as Tongue, Colours, Crazy World and Girlfriend.

When we spoke to the performer earlier this year, he spoke about being a positive role model within the LGBTQ community – especially for queer people of colour.

“When I went to UK Black Pride, I came across so many young queer kids of colour who came up to me and say thank you,” he told us. “Even the video shoot I just did the other day for Correct, this guy who was on set working came to me after and was like, ‘I’m not going to get emotional, but thanks so much, you did this for me and it’s so great to see an African gay artist out there doing pop shit, and not trying to be cool or edgy or underground. Really just going for it, and doing the popstar thing.’

“I call it the popstar thing because I’m still getting used to it. It’s not like I’ve always done this, where I’m dancing in my videos and really going for it. I think it’s cool that it helps people. It makes it so it’s beyond just the music.”