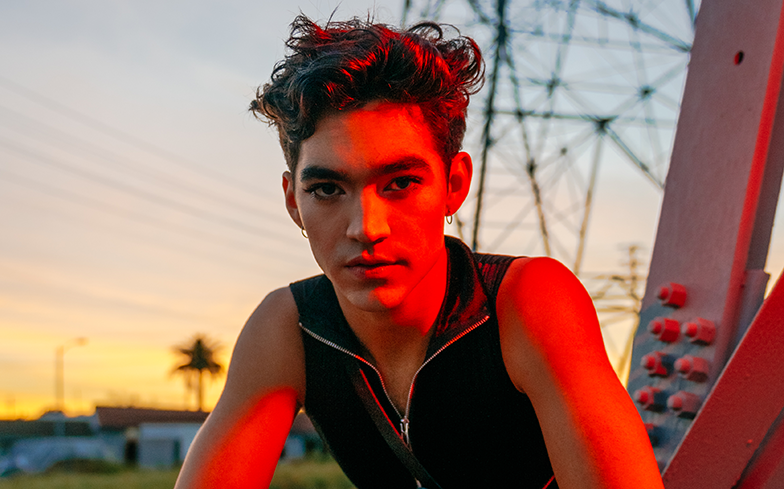 Miss Benny is back with another unapologetic queer bop.

The 20-year-old actor and singer-songwriter launched his solo career earlier this year with glittery dance-pop anthem Rendezvous, the video of which saw the star subvert gender norms and heteronormative culture.

The critically-acclaimed bop was succeeded by Every Boy back in April, a mid-tempo synthpop number that sees Ben express his desire to kiss every guy in the world. A breath? Of fresh air? Yas.

His new single, That’s My Man, follows in their footsteps by being as queer as possible. “He got rough hands, he got big plans,” he sings on the smooth pop track. “He was pulling me in faster than the quicksand. He said, “Less talk, more you”.

“Then he picked me up to the next room, up against the wall and it broke through, and we both laughed, that’s a big mood.”

When we spoke to Ben for GAY TIMES AMPLIFY, he said he doesn’t fault queer singer-songwriters for how they present their music and the pronouns they use, although it’s “very important” for him to use ‘he’ and ‘him’ in his songs.

“It’s hard to write a song about kissing every boy in the world without actually saying the word ‘boy’!” he told us. “I want to make the music that I really wanted to listen to when I was living in Texas.

“I’m sure you understand, and I’m sure a lot of queer people understand, it’s sometimes hard to listen to music and have to constantly shift meaning to make them for yourself.”

Read our full interview with Miss Benny here and listen to his new single, That’s My Man, on Apple Music.