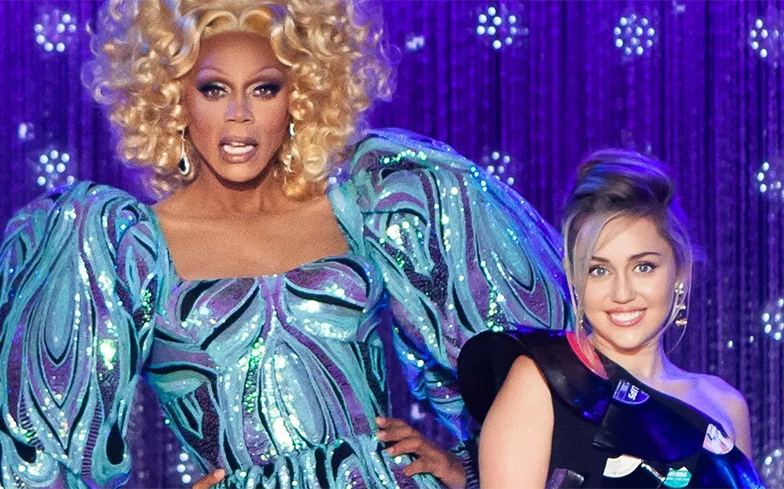 It’s the collaboration of the CENTURY, hennies.

But most exciting of all is a track called Cattitude, which sees the pop icon team up with drag superstar RuPaul for a sassy, infinitely-quotable ride that calls out her “nasty” side and name drops her hometown in Nashville, Tennessee.

“I love my pussy, that means I got cattitude, if you don’t feel what I’m saying, I don’t fuck with you,” Miley proclaims on the track, which sonically would be right at home on a RuPaul album – or any Drag Race alum’s release, for that matter.

Mama Ru’s lyrics, meanwhile, are the definition of filthy. We’ll let you discover them for yourself.

For fans expecting a full-length album, don’t get too disappointed yet, as Miley took to social media to announced that she’ll be releasing another two EPs similar to She Is Coming later this year, and they’ll make up one big album.

“This is the 1st of 3 drops! 6 songs, 3 EPs ! SHE IS COMING / HERE / EVERYTHING all to make up 1 album #SHEISMILEYCYRUS next 2 drops to be announced,” she wrote on Twitter.