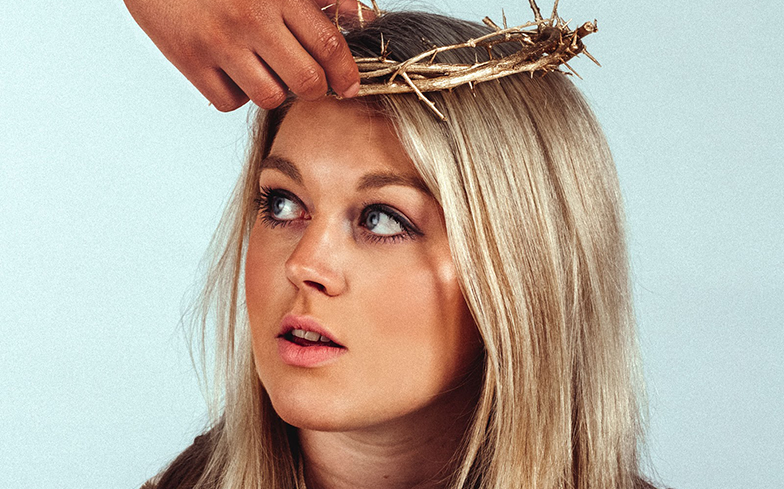 The queer London-based performer has made waves in the industry over the past year with tracks such as Change Your Mind, Curious and I’m Not Ever Coming Back Again, and now she’s back with a relatable anthem about her father.

Lucy told us that Miracle was formed after Lucy’s dad had been badly hurt in an accident.

“Last year I was on a writing camp in Berlin, when I got a call from my mum that my dad had fallen off a cliff and was in a really bad way,” she revealed. “I found it so difficult to process, but had this overwhelming feeling that the situation was out of my hands and I didn’t have the power to make things better.

“I was talking to my producer Monkey Harper about the situation and remember saying ‘I’m going to need a miracle to sort this out’ and it resonated with both of us. That night we wrote Miracle. For me, it was inspired by the situation with my dad, and focuses on that religious concept of surrendering, and giving control to a higher power.

“It’s about that moment where you’ve got yourself into a really bad situation, and all you can do is pray for a miracle.”

Since her debut, Lucy has been supported by BBC and Billboard. She is set to release two more singles this summer, called Touch and Hate Me. In support of Miracle, Lucy will be exclusively performing at The Wellington Club in London tonight.

Listen to Miracle – which is now available on iTunes and streaming services – below.