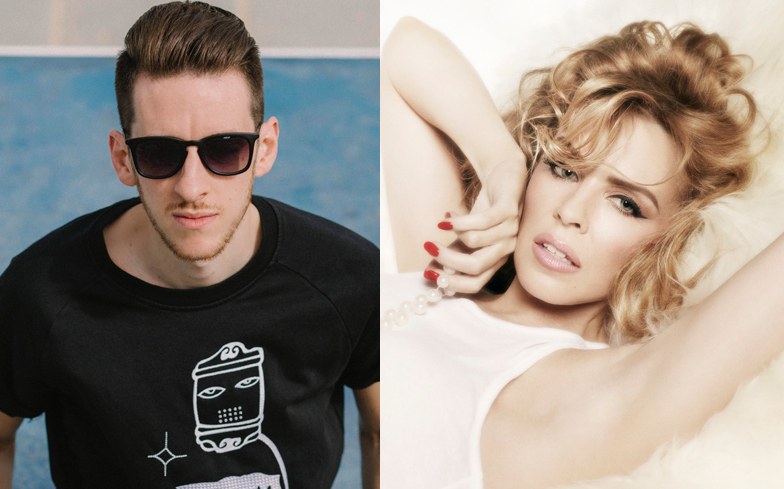 The summer months may be drawing to a close, but the warm vibes are going nowhere thanks to Sigala’s new track with Kylie Minogue.

The Aussie pop star has teamed up with the British DJ for huge new anthem What You Waiting For, which has been lifted from his debut album Brighter Days.

“It’s a club track, but it’s got a throwback 90s feel to it at the moment,” Sigala – real name Bruce Fielder– told Gay Times last year.

“It’s quite funky, and even the way I’ve produced the vocals is like a club record. It’s got verses, but the chorus is quite repetitive.”

He added: “It feels like a dance record with a throwback feel – especially when you hear her vocal on it. It instantly takes you back to those big records.”

Speaking about his music, Sigala added that it’s important that the messages within his floor-filling tracks are for everybody regardless of sexuality, gender, race or age.

“I feel like my music and message is all about good vibes and inclusivity,” he said.

“It doesn’t matter who you are or where you are from, everyone should be able to just have a good time.

“Because the music has such a positive message, it something pretty much anyone can grasp on to and relate to.

“When I did my headline shows last year, there was a massive range of different people from different backgrounds which I think is awesome. It’s lovely to be able to bring people together in such a positive way.”

Sigala’s debut album Brighter Days – which is out now to download and stream – includes his huge hits Came Here For Love, Sweet Lovin’, Give Me Your Love, Say You Do, Easy Love, and Feels Like Home.

It also includes his latest single Just Got Paid, which features a superstar team-up of Ella Eyre, Meghan Trainor, and French Montana.