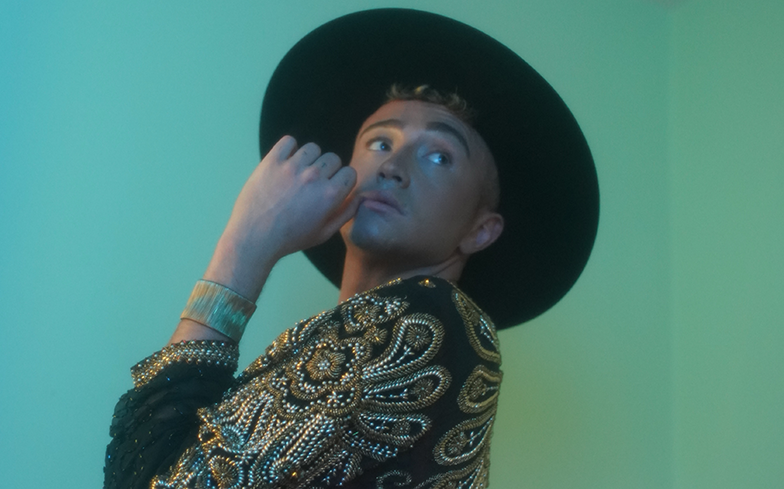 Jared Gelman has released his best song so far.

Check Your Files, which follows his previous singles Proximity and Return to Sender, is described by Gelman as “honouring the weird and freaky pop music” that he’s always listened to.

He said: “Proximity was a fairly laid-back song, so with this one I wanted it to be as in-your-face as possible. It’s sassy and cocky; I channeled that arrogant aura people tend to carry in a club when they’re “on a list” or “have a table”.

“I wouldn’t say that I’m like that in real life but it was fun to be braggadocious when recording it. Dipping into that fantasy made me feel more liberated and unapologetic.”

Listen to Check Your Files – which is now available on streaming services – below:

“The fact that it even exists now feels like fate,” he said of the video. “A few months ago, I performed at EVITA and the Revry team was there. They asked me if I would perform at QueerX Fest, and when I said yes, the only caveat was that I needed to also have a music video to screen there.

“I said yes, knowing full well that I had no music video ready. With the deadline so close, I brought a bunch of friends together and we shot it that week. The video screened at QueerX Fest last weekend, and now I get to show the rest of the the world!”

Jared Gelman will be performing this weekend at QueerX Fest.