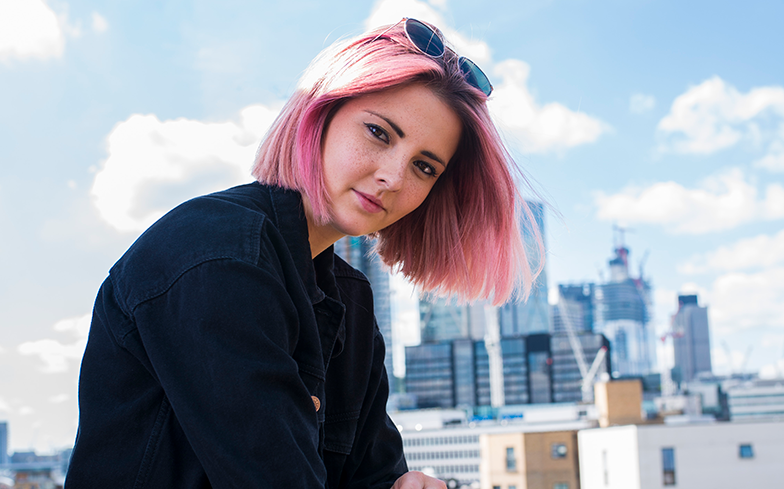 If you picked up an issue of Gay Times back in September, you would have seen rising singer-songwriter Emily Burns on the pages of our magazine.

The star has now released her first new track since her infectious seven-track mini album back in August, titled Seven Scenes From The Same Summer.

The song was produced by Jacob Atwool and Charli XCX collaborator Siba.

“Damn Good Liar is a really special song to me because I wrote it on my first ever writing trip to Sweden, with a production/writing duo called MadFun,” Emily explains.

“I went into the session and told them all about how I’d recently been let down by someone who had led me to believe she had genuine feelings for me but in reality, didn’t at all… I remember thinking – ‘She’s such a good liar.’ It was amazing to piece the song together from that one thought, almost like therapy!”

Since releasing her debut single Bitch back in January, Emily has built a passionate fanbase and has accumulated more than 15 million streams.

Her first headline show was a sold-out success back in the summer, and she will be playing a handful more dates in March next year.

The singer-songwriter is currently busy prepping even more new single for 2019.

Emily has been completely open about her sexuality from the start of her music career, sining about her same-sex romances in most of her songs.

“It was very important because I didn’t want it to be this big reveal at any point,” she told Gay Times earlier this year. “When I was 13/14 and growing up listening to music, I was really wanting there to be somebody who was putting music out who was open.