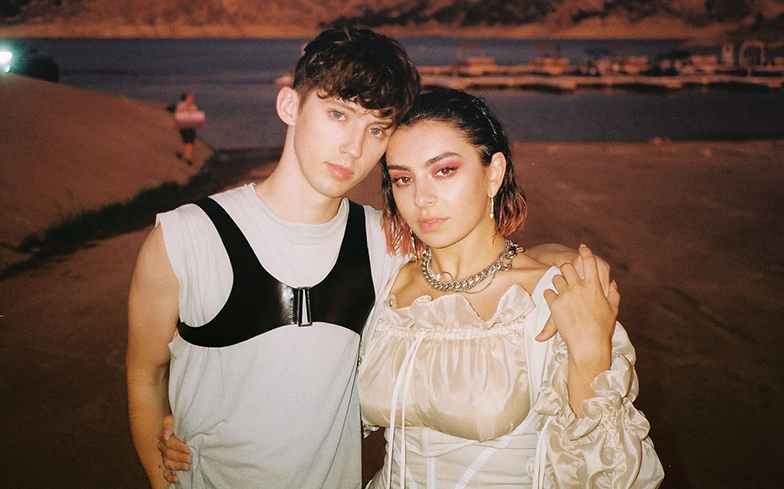 Charli XCX and Troye Sivan have teamed up for another massive pop anthem.

The British singer-songwriter and fan-favourite collaborated with the Aussie star last year for the nostalgic banger, 1999, which eventually became Charli’s first top 20 hit in the UK since 2015. It was also Troye’s first top 20 in the country.

Now, they’re aiming to replicate its chart success and critical acclaim with the experimental and futuristic anthem 2099, which will serve as the next official single from Charli’s highly-anticipated, self-titled third studio album.

“No one on my level, I play nice ‘cause I’m too clever, I won’t show it, never, never, but it’s crystal,” they sing on the progressive bop. “I’m way up, way better, she might pop but it’s whatever, she might sell but what’s she selling?”

For the latest issue of GAY TIMES, we had Troye interview Charli and they discussed the differences between the two tracks. “I mean 1999 is a pop banger,” said Charli. “It’s nostalgic and it’s fun and it’s silly – in a good way.

“It’s definitely more of a classically written pop song in so many ways: the structure, the lyrics, the melody. 2099 is sort of the polar opposite. It’s aggressive and it’s futuristic and the production and lyrics are antagonistic in many ways.”

She continued: “2099 is very braggy I suppose – basically us just saying we’re the shit. It has a dark energy. I love 2099 so much. The ending is very hardcore. I heard your dog gets frightened of the outro.”

Charli is due for release this Friday (13 September). It will include both Troye tracks, as well as Gone (with Christine and the Queens), Blame It On Your Love (with Lizzo), Warm (with HAIM) and February 2017 (with Clairo and Yaeji).

It will be Charli’s first official studio album since 2014’s SUCKER, which provided us with pop perfection in singles such as Boom Clap, Break the Rules, Famous and Doing It (with Rita Ora).

She also released the widely-acclaimed 2017 mixtapes Number 1 Angel and Pop 2.