Listen to the Madonna and Miley Cyrus collaboration that almost happened 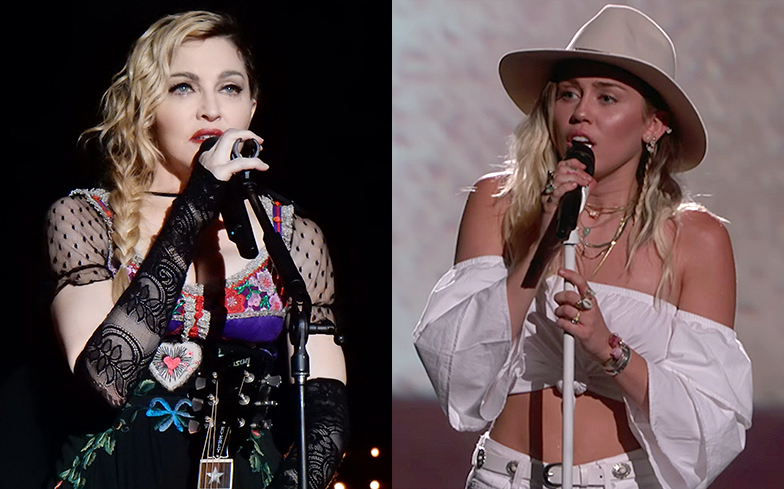 This would’ve been HUGE.

Madonna has never been shy of expressing her love for pop music’s wild child Miley Cyrus, having praised her in interviews, posed for photos with her on several occasions, and even performed with her for MTV Unplugged.

But it seems that hitting the studio together was one step too far for the Queen of Pop, who throughout her illustrious career has sparsely featured on other artist’s albums, save for a very lucky few including Ricky Martin and Britney Spears.

Related: Madonna is coming back in a big way in 2018

According to reports, Madonna was approached by Miley’s team with an original song called Like Madonna, but she turned down the opportunity to feature on it, so the whole thing was evidently scrapped.

Now, a 30-second snippet of that track has been leaked online – and we’re really wondering why this never happened.

With references to some of Madonna’s biggest hits, and a chorus featuring lyrics like “Strike a pose like Madonna” and “I don’t give a… like Madonna,” this could’ve been an iconic collaboration.

Listen to the snippet below.