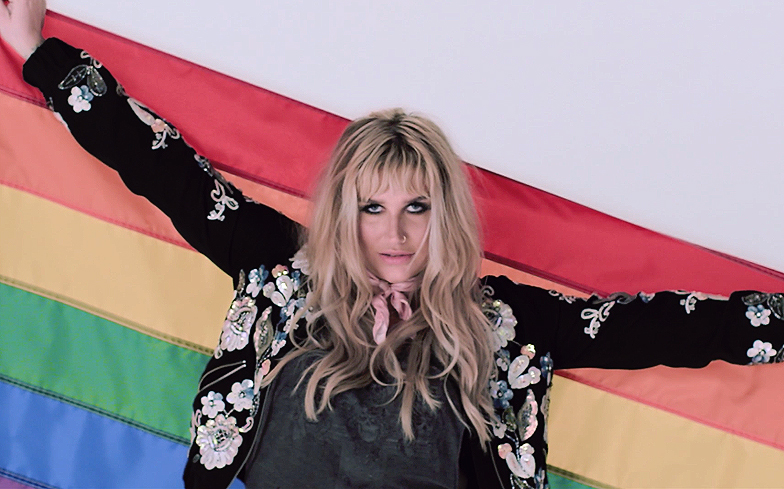 “I’m not scared to be seen, I make no apologies, this is me…”

If like us you’ve been obsessed with The Greatest Showman soundtrack since its release earlier this month, you’ll have had the film’s centrepiece anthem This Is Me on constant repeat.

Well get ready to have two versions on the go…

For the song’s official single release, Kesha has added her vocal to the uplifting and empowering number.

With lyrics like: “When the sharpest words wanna cut me down, I’m gonna send a flood, gonna drown them out, I am brave, I am bruised, I am who I’m meant to be, this is me,” we couldn’t think of anyone else more perfect to deliver such a powerful sentiment.

The single version of This Is Me is available to stream and download now.

The original rendition – which you will see in the accompanying movie – is performed by Keala Settle.

Zac Efron and Zendaya have also recorded a duet – titled Rewrite The Stars – for the new Hollywood spectacle.

The Greatest Showman – starring Hugh Jackman, Michelle Williams, Rebecca Ferguson, Zac Efron and Zendaya – will be in cinemas from 26 December.

Gay Times recently sat down with Zendaya to speak about the movie, touching upon theme that run throughout.

“This love story happens to happen within the circus but could happen anywhere,” Zendaya explains on her movie love story with co-star Zac Efron.

“I think there’s something beautiful about two characters who are letting their heart decide for them – no matter the world is telling them that they can’t be together.

“It’s so relevant now – people telling us who we are allowed to love. At the end of the day, love is love and should be the only thing that guides us.”