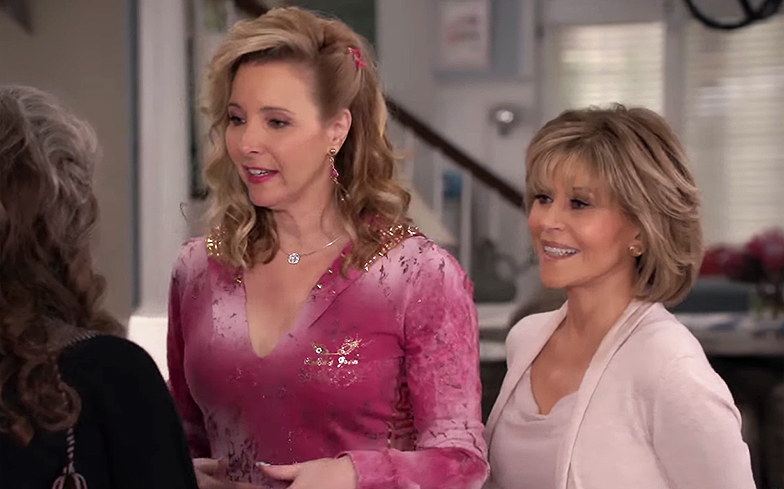 Grace & Frankie are returning to our screens, and they’re bringing a familiar face along for the ride.

Lisa Kudrow, star of hit show Friends and cult comedy Romy and Michele’s High School Reunion, will join the cast of the hilarious Netflix original when it returns for its fourth season on 19 January next year.

Related: Get an exclusive behind-the-scenes look at Grace and Frankie

She’ll play Grace’s long-time manicurist and potential new best friend Sheree, although Frankie is skeptical, deadpanning “It’s a good thing I’m not allergic to rhinestones” when she gets a hug from the blinged-up character.

Elsewhere, the ladies’ ex-husbands (and now-lovers) Sol and Robert seek couple’s counselling, which seems like it could lead to more problems than solutions when an open marriage is suggested.