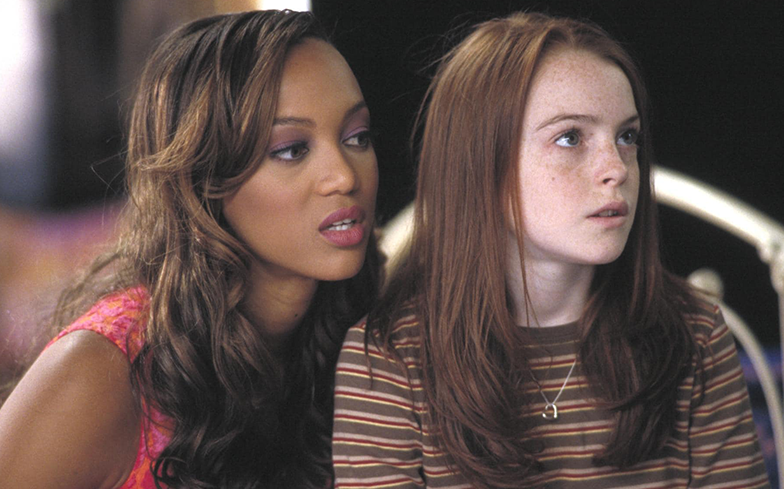 We need this to happen!

Tyra Banks has confirmed that Lindsay Lohan is “down” for a sequel to their iconic fantasy/comedy film, Life-Size.

The film – which starred Lohan as a young girl whose ‘Eve Doll’ is transformed into a living woman (Banks) – was greenlit for a sequel last year. Banks is reprising her role as Eve and has signed on as producer.

During an interview with BuzzFeed, the America’s Next Top Model host revealed: “Lindsay slides into those DMs. Mhmm, I be seeing you girl. I slid into hers first, to be honest. ‘Cause I was like, “Yo, I’m producing Life-Size 2 are you down?” And she was like, “I’m down to the down.”

“Like, she’s so down! So, we’re working on the script now and I’m telling the writer I don’t want her to just have a cameo. I feel like she was just as important to Life-Size 1 as I was, so I want her to have a role, at least three or four scenes. I think she would play herself grown up — like, Casey in Life-Size grown up. So, we’ll see!”

She also assured fans that Life-Size 2 is not a “false promise”, and it will be on our screens “this Christmas, this Kwanzaa, this Hannukkah… this holiday season 2018!”

Banks added: “And Life-Size is going to be different. So, if you were a little girl or little boy like, “Oh my God, I love Eve. She’s so cute,” and you have kids now, you might need to use a little parent discretion on whether they should be watching Life-Size 2 or not.”

Production for the sequel will start in summer.

Take a look at one of the original’s most memorable scenes below.