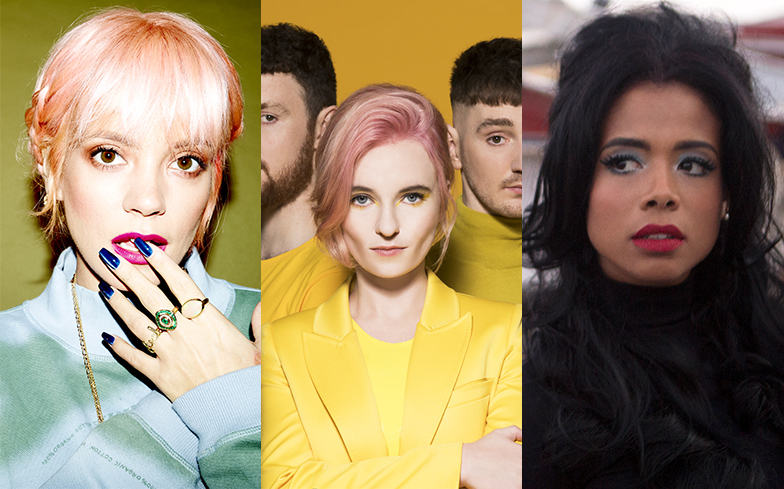 A brand new festival for LGBTQ people and their friends is coming to Ireland.

Love Sensation, the latest venture from the team behind Mother Club, will be glamming up the Irish festival scene when it debuts at the Royal Hospital Kilmainham in Dublin from 17-18 August.

Four incredible artists have been announced to top the bill across the the two-day festival; first up is British pop sensation Lily Allen, fresh off the success of her fourth studio album No Shame.

The pop provocateur and eternal friend-to-the-gays will be making festival-goers smile with her back catalogue of hits including Not Fair, The Fear, Trigger Bang and LDN.

She’ll be joined by Grammy Award-winning trio Clean Bandit, who are the perfect choice for the celebratory atmosphere in Dublin.

The group have a seemingly endless list of banging collaborations to their name, including Rather Be (feat. Jess Glynne), Rockabye (feat. Anne-Marie & Sean Paul), Symphony (feat. Zara Larsson) and Solo (feat. Demi Lovato).

Kelis, who left her indelible mark on pop culture with her hit single Milkshake, will also be performing.

Since bursting onto the scene with her critically-acclaimed 1999 debut album Kaleidoscope, the R&B icon has gone on to have several top five hits in the UK including Caught Out There, Trick Me, Millionaire, Lil Star, Acapella and Bounce.

If you’re craving something a bit more alternative, you’ll be pleased to know that American indie-rock band Gossip, who’s lead singer Beth Ditto recently announced a reunion tour for later in the year, will be taking to the stage.

The band are perhaps best known for their hit single Standing In The Way Of Control, a pro-marriage equality anthem which reached the top 10 on the UK singles charts.

The main stage will be hosted by Panti Bliss, and will also feature performances from Soule and Mother DJs.

“Love Sensation feels like a natural progression for us,” said Cormac Cashman, founder of Mother.

“We’ve wanted to run a music festival for years, something that caters to our community and focuses on inclusivity, fun, good music, good times and sound people.

“We’ve been lucky enough to have amazing success with our Pride Block Party (now in its 9th year) so 2019 feels right for us to grow even bigger and launch our very own music Festival!”