Lilah Larson: It’s so important to see other queer people surviving and thriving 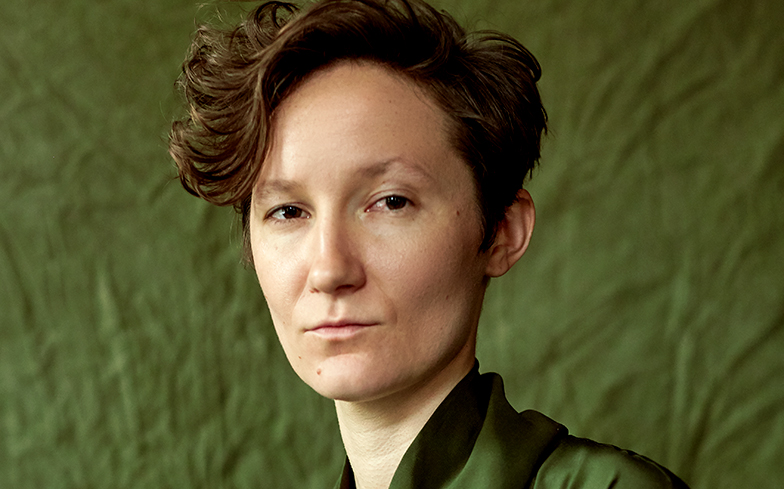 Sons of an Illustrious Father is the queer band you need in your life – and their new album is out today.

Lilah Larson, who appears in the June issue of Gay Times alongside her bandmates Ezra Miller and Josh Aubin, has opened up about being a proud queer woman and the importance of representation for the community.

“Having been a mentally ill, disaffected queer youth, I know how much it can matter to see queer people surviving and thriving. Being loved, and loving themselves, life and the world,” she tells us.

“We all know vaguely the statistics of suicide among queer youth, and the murder of queer and gender nonconforming people. Promoting visibility is a really powerful tool against that.”

In 2016, a gunman opened fire at Pulse nightclub in Orlando, Florida, and 49 people – mostly from the LGBTQ Latinx community – were killed. 53 other victims were wounded in the deadliest incident of violence against LGBTQ people in the United States.

In response to this horrendous tragedy, Sons of an Illustrious Father recorded and released US Gay. “If I die tonight/ I’m gonna dance until I do” the opening line of the song goes. “And if you’re not too afraid / I wanna dance with you.”

Lilah revealed that the song was “incredibly easy to write”, because the band felt an obligation aligned with the need within themselves.

“Conveniently it was a song we felt pretty good about putting into the world as we feel the world needs it, but at the same time it’s just something we needed to do for ourselves.”

She also said representing “otherness” feels very natural to the band, and emphasises the importance of recognising privilege.

“It’s very important to recognise the privileges we all have, mostly as white people. It takes somewhat of a diligence and when creating we should include perspectives that are not just those that we regularly come by.”

The band are travelling the United States from 11 June – 23 June. You can buy tickets here. Read Lilah and the band’s full conversation in the latest issue of Gay Times, available now.