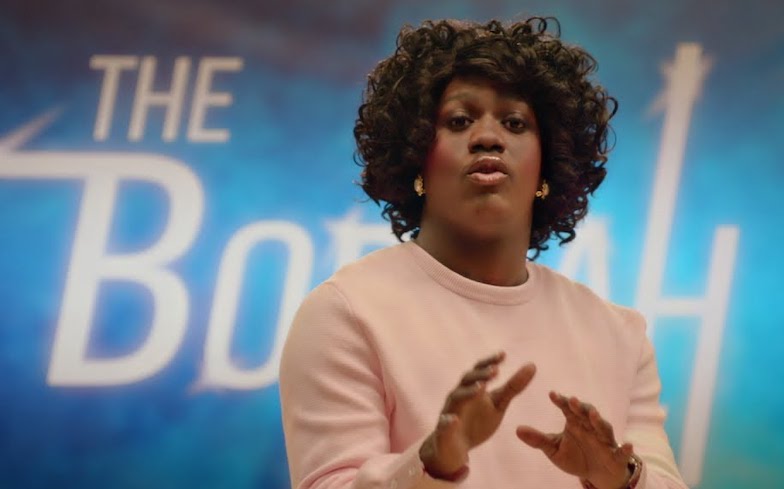 “It’s just supposed to be entertaining… it ain’t even that deep.”

Lil Yachty has been forced to defend himself from homophobic haters.

In the rapper’s nine-minute video for Oprah’s Bank Account, which features Drake and DaBaby, the star impersonates Oprah – in makeup, heels, a wig, a skirt, all of it – for The Boprah Show, a parody of her iconic talk show.

The video is hilarious, and Lil Yachy’s impersonation of Oprah is worthy of winning Snatch Game on RuPaul’s Drag Race. But (because there’s always a ‘but’ isn’t there?) some ‘fans’ weren’t pleased with his decision to don full drag.

“idc how much money u make ain’t no need to wear a dress lol… you wanna normalize men in dresses u do that,” tweeted one of his supporters, while another wrongfully stated: “None of the true legends did that shit.”

Lil Yachty didn’t have time for it. “Bitch it’s just supposed to be entertaining… it ain’t even that deep,” he wrote on Twitter. “Y’all Nigga’s so in denial with y’all masculinity shit like this bother y’all.. relax.”

He received praise from the rest of his inclusive fans, with one joking that he’s the “King of Being Secure in His Masculinity”.

Check out the responses below.

This isn’t the first time Lil Yachty has proven to be an ally to the LGBTQ community.

In 2017, he included a same-sex couple kissing on the artwork to his debut studio album, Teenage Emotions. In an Instagram live, he told fans: “If you have vitiligo or if you’re gay or whatever it is, embrace yourself. Love yourself.”