Lil Nas X shares the inspiration behind his stage name 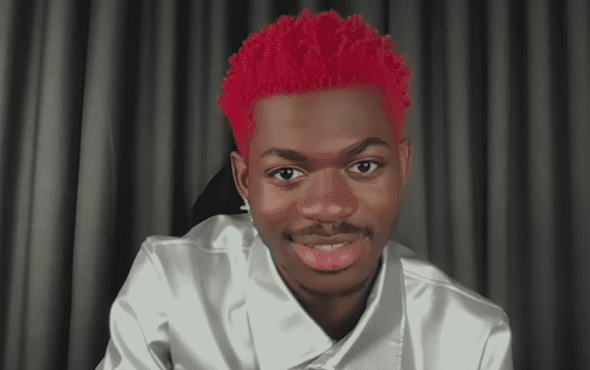 We love a good origin story!

Stopping by The Tonight Show with Jimmy Fallon, Lil Nas X opened up about the inspiration behind his stage name.

“Nas was like my internet alias and then when I started doing music, I was like, ‘I want to have fun with this. And every new rapper’s named Lil, Lil, Lil. ‘What if I was Lil Nas? That’d be funny.

The Holiday rapper also touched on the origins of his birth name Montero, stating: “It’s slightly embarrassing, but I’m not embarrassed. My mom wanted the car, the [Mitsubishi] Montero, and she never got one […] so yeah, I’m named after a car.”

Later on in the interview, the 21-year-old Grammy winner discussed his new children’s book C is for Country.

Speaking on the inspiration behind the book, he jokes, “I just really wanted all the kid’s money, I’m kidding.”

Referencing his hit single Old Town Road, Lil Nas X revealed that he wanted to make an educational book about the popular song since kids were a big part of its success.

“I feel like it would’ve made more sense if I named it Old Town Road,” he says.

Watch the full clip below.

Related: Lil Nas X says Frank Ocean and Tyler the Creator made it “easier” for him to come out.