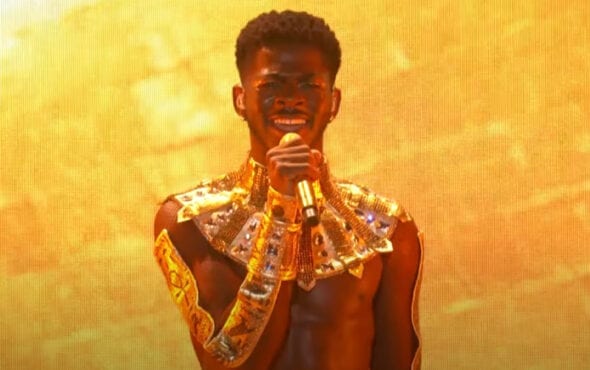 Earlier this week, the rapper unveiled a Marvel-inspired teaser trailer for his upcoming debut studio album Montero featuring clips from past music videos including Old Town Road, Panini, Holiday and Montero (Call Me By Your Name).

The blockbuster teaser didn’t unveil the release date for the album, but it’s widely expected to drop sometime in 2021.

The announcement follows Lil Nas X’s instantly iconic stint at the BET Awards, where he performed Montero (Call Me By Your Name) in a pharaoh-inspired skirt and armour with a squad of topless male dancers.

As the performance came to a close, Lil Nas X wrapped his arms around two of his dancers and passionately locked lips with one of them.

The groundbreaking moment was met with widespread acclaim from fans, critics and social media, although homophobes came out in droves to spew their usual anti-gay comments about ‘corrupting’ younger viewers and ’emasculating’ men.

Can they, like, come up with something new? We are so tired.

Lil Nas X’s highly-anticipated debut will include Montero (Call Me By Your Name), which topped the charts in multiple countries around the world, as well as the introspective single Sun Goes Down and Christmas-themed bop Holiday.

The star’s debut EP, 7, received six nominations at the Grammy Awards including a nomination for Album of the Year. It made history as the shortest release to be nominated for the award, clocking in at under nine minutes.

The collection features singles such as Old Town Road (with Billy Ray Cyrus), which memorably became the longest ever chart-topper on the Billboard Hot 100 with 19 consecutive weeks in the pole position, Panini and Rodeo with Cardi B.

Watch the incredible teaser for Montero here or below.