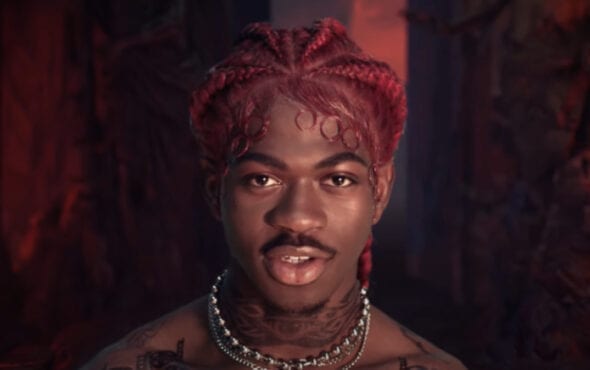 Lil Nas X has shared details about his forthcoming album in a brand new interview.

Sitting down with Zane Lowe on Apple Music 1’s New Music Daily, the singer-songwriter said the highly anticipated record is due for release this summer, and will consist of 15-18 tracks.

“And the deluxe. We’re going to drop a deluxe in the fall too,” he revealed. “At least that’s the plan right now. Yeah, that’s the exclusive.”

Later on in the interview, LNX opened up about the making of MONTERO (Call Me By Your Name).

“Well, this song probably has the most crazy making for me. I had started working on my album by getting deep into it last summer,” he said.

“And I was two songs in. I was spending every day, teary-eyed, just sad, upset like, ‘What am I doing? I don’t have this. I don’t know what I’m doing anymore.”

He went on to describe how the melody of the track came to fruition out of nowhere, which led to its spontaneous recording.

“I still have the sound note on my phone. So we recorded that and everything just went uphill from there.”

The hype for MONTERO (Call Me By Your Name) has been huge since the star teased it on social media last year (even getting early praise from Rihanna herself).

The Old Town Road singer also reflected on how he has evolved as an artist.

“It’s brought a new confidence out of me. To be able to say, ‘You know what? I want to do this.’ And I don’t give a fuck who’s upset about it,” he exclaimed.

“I feel like the moment I put this snippet out of this song, I just started to see a shift in myself gradually. The worlds going to keep spinning.

“But I can do what I want in my own artistic career at all times or I’m going to fail, for me at least. That’s how I feel.”

The release of MONTERO (Call Me By Your Name) has been met with praise from music fans and critics alike, with many commenting on the 21-year-old’s unapologetic and powerful presence within the track and its accompanying video.

LNX posted a message on Instagram to his 14-year-old self, explaining the importance of this moment for other queer people.

With Lil Nas X’s new era in full effect, it’s safe to say this summer will be unlike any other.

Watch his interview with Zane Lowe below and listen to MONTERO (Call Me By Your Name) here.