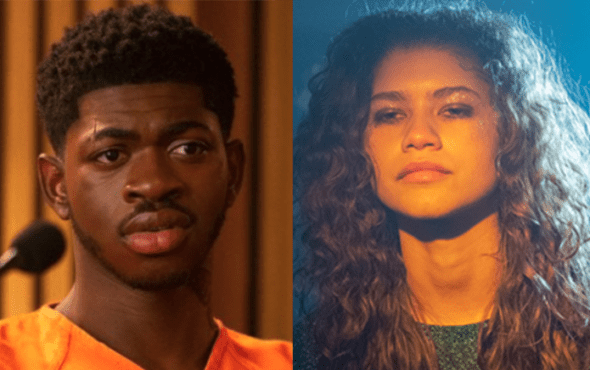 International artist Lil Nas X was set to appear in the breakout teen show but chose to focus on finishing his debut album.

Lil Nas X is not unfamiliar with the spotlight, but in a new interview with Variety, the singer revealed he had planned on creatively branching out.

The 22-year-old has defied expectations as a newcomer artist to be a pioneering force of new-gen LGBTQ+Black representation.

“I see myself as a self-made-legend kind of situation, icon — all the great words to describe someone,” the singer explained in the interview.

Moving ahead, the rapper gave away that he had been considering making his debut acting appearance on the small screen for HBO’s Emmy-nominated series Euphoria, starring Zendaya and Hunter Schafer.

However, the artist turned down the big shot acting role because he wanted to focus on his music career, specifically his debut album.

“I was actually going to do Euphoria, but I didn’t want to take time away from finishing my album,” Lil Nas X explained.

“I definitely want to get into acting, but I feel I have to give it my all, and I want to focus on music for right now. I want my first movie to be amazing.”

Euphoria went back into production in March 2021 and is currently filming. A release date for the series is still unknown but it is speculated that it will premiere later this year.

Euphoria became the breakout television hit of 2019, with praise aimed at the show’s nuanced characters and representation of the modern LGBTQ+ experience.

Montero (Call Me By Your Name) will be included on Lil Nas X’s highly-anticipated debut album of the same name, which is expected to be released later this year.

The critically-acclaimed track topped the charts in multiple countries including Australia, Canada, Ireland, the UK and the US, where it has already been certified 2xPlatinum.

The album will also include Lil Nas X’s Christmas-themed single, Holiday, and Montero’s follow-up Sun Goes Gown, which details his past thoughts of depression and suicide as he comes to terms with his sexuality and identity.

Lil Nas X is known for breaking cultural boundaries and last June the star did exactly that. The rapper paid homage to Michael Jackson’s legendary Remember the Time music video as he performed his worldwide smasher, Montero (Call Me By Your Name), in a pharaoh-inspired skirt and armour with a squad of topless male dancers.

The iconic performance also included the 22-year-old singer making out with an on-stage dancer — an action that was widely praised for spotlighting LGBTQ+ visibility in a huge way.

Fans applauded the artist for his on-stage moment. One online user wrote: “Lil Nas X is the Black gay popstar I needed to see as a kid. The fearlessness it takes to be so decidedly queer in front of a notoriously homophobic audience. I needed that.”

Another said: “The way he kissed another Black gay man on stage just made me cry. That’s the type of representation that I wish I had as a child growing up learning about my sexuality. A lot of y’all don’t understand how that just changed how Black gay lives matter and means. TY Lil Nas X.”

You can watch the game-changing performance at the BET Awards here or below: