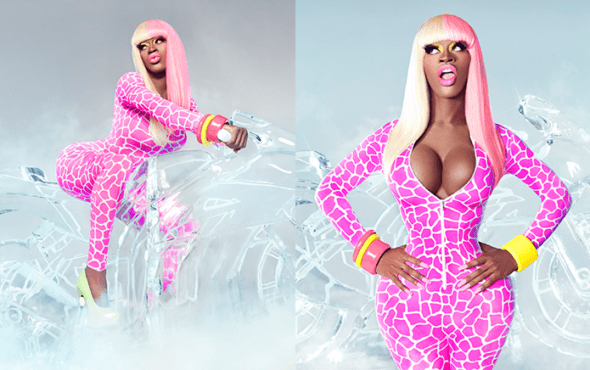 “I don’t bother a soul in this industry.”

Lil Nas X has responded to criticism from trolls over his fierce Halloween costume.

Over the weekend, the star went viral on social media after recreating Nicki Minaj’s iconic ensemble from her Super Bass video, complete with a skintight pink bodysuit emblazoned with giraffe prints and a half-blond and pink wig.

He even posed with a motorcycle made of ice. Like, c’mon. There were so many fantastic Halloween costumes this year, but Spooky Season 2020 belonged to Lil Nas X. Facts are facts.

Fans lost their goddamn minds, but there were some detractors – including 50 Cent, who wrote: “What the fuck, Nikki come get him! Lol.”

The Candy Shop rapper, who has a sordid history when it comes to his views over the LGBTQ+ community, was subsequently accused of homophobia by fans.

“Mm it’s the homophobia for me, straight men are SO INSECURE its hurts,” one Twitter user hit back, while another said: “This shouldn’t have bothered you.

“You could have kept scrolling… now you acting mad sus, pressed about a young homosexual’s costume.”

Sadly, the homophobic remarks kept on coming, with American rapper Dave East sharing his outfit on Instagram with the following caption: “And ya’ll was mad at me about this n***a. Bati mon. Bun up!”

After one fan hit out at East for his comments and his “obsession” with the LGBTQ+ community, Lil Nas X said: “It’s “batty man” n****s can’t even be homophobic the proper way smh butchering the hell out of the patois.”

He continued in another tweet: “Bro I don’t bother a soul in this industry. All I do is tweet and make bangers. Leave me alone damn.”

👀what the fuck, Nikki come get him !!! Lol pic.twitter.com/p4NPouo3QS

bro i don’t bother a soul in this industry. all i do is tweet and make bangers. leave me alone damn.

Lil Nas X has also scored two more major hits on the Billboard Hot 100: Panini, which peaked at number five and has been certified 4x Platinum; and the Cardi B/Nas-assisted country-trap anthem, Rodeo.

Following his win at the Billboard Music Awards, the 21-year-old teased fans with the release of his long-awaited debut album, saying: “I want everybody to be on the lookout next month for Nasvember. It’s going to go crazy. In 2021, I’m dropping the greatest album of all time.”

The album is expected to include Call Me By Your Name, an upbeat rap anthem that he teased on social media earlier this year, as well as Titanic, One of Me and Don’t Want It.