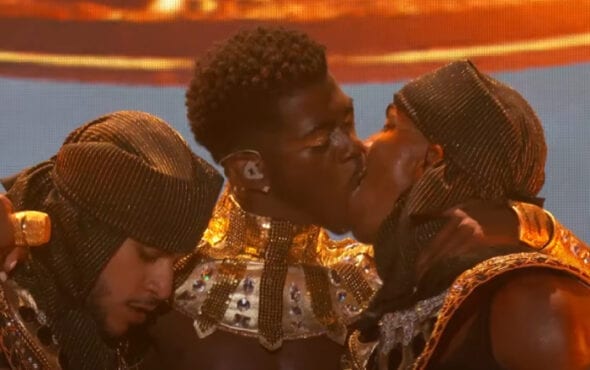 On Sunday (27 June), the rapper paid homage to Michael Jackson’s legendary Remember the Time music video as he performed his worldwide smasher, Montero (Call Me By Your Name), in a pharaoh-inspired skirt and armour with a squad of topless male dancers.

At the end of his performance, Lil Nas X wrapped his arms around two of his dancers and passionately locked lips with one of them – it wasn’t a peck on the lips either, it was a full-on make out session.

It had a tremendous impact on fans, particularly those who are Black and queer, with one writing: “Lil Nas X is the Black gay popstar I needed to see as a kid. The fearlessness it takes to be so decidedly queer in front of a notoriously homophobic audience. I needed that.”

Another said: “The way he kissed another Black gay man on stage just made me cry. That’s the type of representation that I wish I had as a child growing up learning about my sexuality. A lot of y’all don’t understand how that just changed how Black gay lives matter and means. TY Lil Nas X.”

While the performance received praise from fans and fellow artists, such as Diddy and Kevin Abstract, there were (of course) homophobes who came out in droves to criticise the star. It was the same generic shit about ‘corrupting’ younger viewers and ’emasculating’ men. Imagine how tired we are.

After one viewer told Lil Nas X to not “use African culture” for his performances and to “respect our ancestors,” the rapper fired back: “Y’all really like to pretend homosexuality didn’t exist in African culture.”

One user had the audacity to call Lil Nas X’s fierce red carpet dress “nonsense” and claimed it would “cause other little boys that admire him to dress this way.” In response, the 22-year-old simply put: “Please use better pictures next time.”

You can watch the incredible performance here or below. 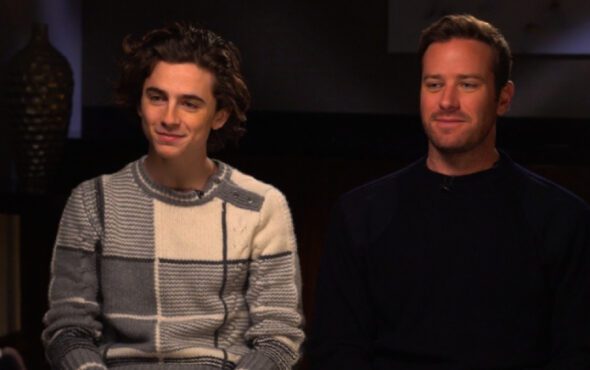 Montero (Call Me By Your Name) will be included on Lil Nas X’s highly-anticipated debut album of the same name, which is expected to be released later this year.

The critically-acclaimed track topped the charts in multiple countries including Australia, Canada, Ireland, the UK and the US, where it has already been certified 2xPlatinum.

The album will also include Lil Nas X’s Christmas-themed single, Holiday, and Montero’s follow-up Sun Goes Gown, which details his past thoughts of depression and suicide as he comes to terms with his sexuality and identity.

You can watch the music video for Sun Goes Down here or below.