Lil Nas X has opened up about his strained relationship with the BET Awards.

The awards ceremony, which celebrates African-American artists in the entertainment industry, was met with controversy earlier this year with the release of their 2022 nominations.

Although Lil Nas X released two of the most commercially successful tracks of 2021 with MONTERO (Call Me By Your Name) and Industry Baby (featuring Jack Harlow), both of which topped the Billboard Hot 100, the rapper failed to land a single nomination.

In response to the snub, Lil Nas X wrote on Twitter: “An outstanding zero nominations again. Black excellence. I just feel like black gay ppl have to fight to be seen in this world and even when we make it to the top mfs try to pretend we are invisible.”

“This is not over no BET award this is about the bigger problem of homophobia in the black community,” he wrote in an additional tweet, “y’all can sit and pretend all u want but I’ma risk it for us.”

After Lil Nas X continued to voice his disappointment on social media, the BET Awards released a statement clarifying that no one from BET “serves a member of the Voting Academy” and that they are “passionate for the wonderful diversity that exists within our community”.

“We are committed to using all of our platforms to provide visibility and inclusion for all of the many intersections of the Black community,” they added.

In a recent statement to Rolling Stone, Lil Nas X revealed that his relationship with BET has been “painful and strained for quite some time”.

“It didn’t start with this year’s nominations like most people might think,” he explained. “They did let me perform on their show last year, but only after [I gave] assurances that I was not a satanist or devil worshiper, and that my performance would be appropriate for their audience.”

“Since last year’s performance, we have been in touch to work on other projects,” they said. “We are still excited about his previous performances and continue to wish him well. But today, we are focused on culture’s biggest night and delivering history-making moments for fans worldwide.”

One of Lil Nas X’s team members, who chose to remain anonymous, supported the star’s claims. 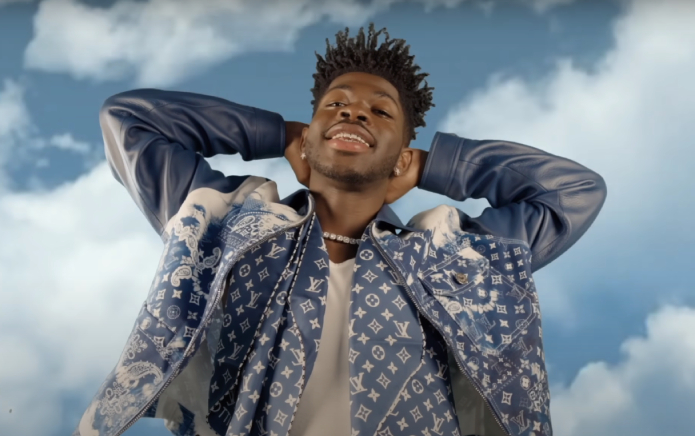 “The response we got back was, ‘We need to clarify a few things.’ Is he a Satanist? Are there going to be elements of devil worship or satan in the show? I was so taken aback by it,” he said.

“We’d been fielding those questions from people for months by that point after the video and the shoes, and of course the answer was no and we obviously got the slot. But it blew our minds.

“When Nas created ‘Montero,’ he knew what he was doing. He wanted to create a queer-pop anthem. He wanted to make a statement based on what he’s heard from people probably his whole life as a gay man. That statement was very clear to me. But they’ve all missed the message so much that all they see is the devil.

“There was no contemplation that this was what he’s always heard and that now he’s embracing it.”

Lil Nas X memorably performed MONTERO (Call My By Your Name) at the 2021 BET Awards, which culminated with the star passionately locking lips with one of his backup dancers.

Another member of his team, who also requested anonymity, said a BET producer approached them after the performance and said it was “really fucked up”.

Lil Nas X added: “They say that ‘no one cheered louder’ for me than them that night, but the BET Awards team was actually very upset that I kissed my dancer onstage and vocalized their discontent with multiple members of my team immediately following the performance.”

Ahead of the 2022 BET Awards, the rapper took aim at the network with his single Late to Da Party.

In a Star Wars-inspired teaser promoting the music video, Lil Nas X also shared a direct message for BET, which reads: “NBA YOUNGBOY is on house arrest, trapped on the isolated planet HATU.

“The Brutal Empire of Terror (BET) has betrayed LIL NAS X, turning their back on him after using him for clout.”

It continues: “With the music industry in turmoil, the galaxy is looking for a hero. NAS must use the ancient power of r EDITING to free YB and defeat the evil BET before time runs out…”

You can watch the music video for Late to Da Party here or below.