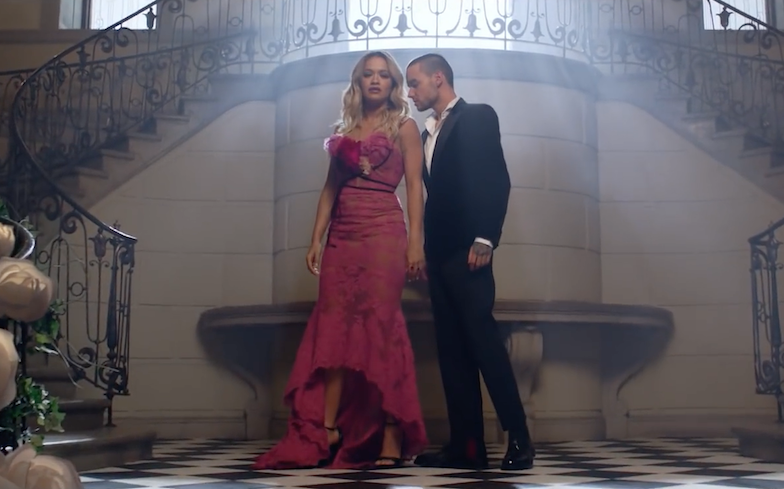 For You is the first official single from the upcoming Fifty Shades Freed soundtrack.

Liam Payne and Rita Ora have finally released the video for their sultry synthpop duet For You, the lead single from the third and final installment in the Fifty Shades franchise.

The British stars look glam as f**k in the video, with Rita donning a blood red dress and Liam suited and booted. They pose separately in the garden and mansion, eventually meeting in the lobby for the finale where they then pose, well, together. That’s pop!

In an interview with Elle, Rita said Liam was a “joy to work with” for the video, and that he was “super professional”.

She added: “He’s obviously got a lot of experience in everything, and I definitely made a great friend during the process. He’s definitely a lovely person.”

For You is now available on iTunes and streaming services, and the Fifty Shades Freed soundtrack will be released 9 February.

Here is the official track listing:

Liam Payne’s debut and Rita Ora’s highly-anticipated sophomore album are yet to release a title or release date, but they’re expected to hit iTunes and streaming services later this year.

She also landed two other top ten hits in 2017 with Your Song and Lonely Together – her dancefloor collaboration with Swedish DJ Avicii.

Liam also experienced success with his first three solo singles, Strip That Down, Get Low (with Zedd) and Bedroom Floor – the former of which charted in the top ten of the UK Singles Chart and US Billboard Hot 100.

The third and final instalment in the Fifty Shades trilogy will be released 9 February.