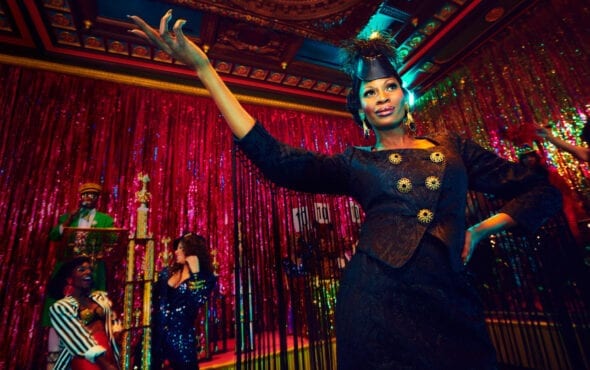 “The percentage of LGBTQ people shouldn’t ideally go down, which is further proof to the point that we’re not there yet.”

In a brand new report from GLAAD, it has been revealed that LGBTQ+ representation in television has dropped for the first time after a five year high.

The Where We Are on TV report, which is released annually, analyzes the diversity and LGBTQ+ representation during the 2020-2021 television season.

“Of the 773 series regular characters scheduled to appear on broadcast scripted primetime television this season, 70 (9.1 percent) are LGBTQ.

“This is a decrease from the previous year’s record-high percentage of 10.2 per cent, and the first season to see a decrease since the 2013-2014 report,” says the LGBTQ+ advocacy organization.

The report also touched on the ongoing pandemic and how it has affected LGBTQ+ representation in media.

But even with the effects of COVID, the organization has urged platforms to take initiative to create diverse LGBTQ+ characters in future and current productions.

“Every platform must be deliberate in seeking inclusive and diverse programming as they look towards renewals and new slates, as well as ensuring that the decreases seen now do not become a pattern of reverse progress,” the report says.

When it comes to the number of series regulars and recurring characters on primetime cable series’s GLAAD has reported that it has decreased to a total number of 118 LGBTQ+ characters.

The lack of LGBTQ+ characters can also be seen on streaming platforms like Amazon, Hulu and Netflix.

Per the report, there are only 95 regular LGBTQ+ characters on original scripted series and only 46 LGBTQ recurring characters.

The findings have also discovered that out of the 118 regular LGBTQ+ characters only “16 (14 percent) are not expected to return next year due to series cancellations, announced finales, anthology series format, or characters being written off […]”

Sarah Kate Ellis, the GLAAD CEO spoke to USA TODAY about the new report, stating: “There’s going be a lot written about the coronavirus and how that’s affected a lot of things, and I do believe that has been a player here.”

She continued: “The percentage of LGBTQ people shouldn’t ideally go down, which is further proof to the point that we’re not there yet.”

For more information on GLAAD’s Where We Are On TV report visit glaad.org