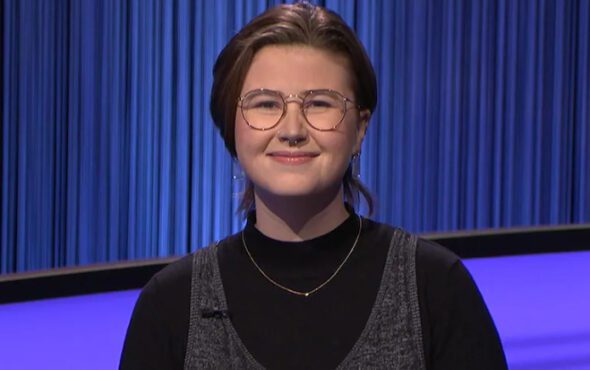 For the last few weeks, the 23-year-old has been making headlines for her non-stop wins on the popular trivia show.

However on 22 April, the openly gay contestant hit a massive milestone when she secured her 14th straight win.

This monumental moment made Roach the eighth person in Jeopardy! history to earn the most consecutive wins.

Alongside the massive achievement, the young talent has earned the 10th highest non-tournament cash prize with a total of $320,081.

“This has been such a crazy season of streaks, and I was fully thinking Amy might still be here,” she said as reported by USA Today.

“If it’s not Amy, there’s going to be some other super–champion that’s just going to knock me out Game One. I guess what I didn’t realize is maybe I could become the super-champion I wanted to see in the world.”

During her time on the series, the openly trans contestant earned $1,382,000 and holds the second-highest winning streak in the show’s history.

She’s also the most successful woman to compete on Jeopardy! and the first trans woman to land a spot in the coveted Tournament of Champions.

After her defeat by Chicago librarian Rhone Talsma, Schneider opened up about her experience in an interview with USA Today.

“This has been a show that has been part of my life as long as I can remember, that I’ve loved my whole life,” she explained. “To know that I’m always going to be associated with it, always going to be part of Jeopardy! history is just a really cool feeling.”

In the meantime, LGBTQ+ fans can continue to support Mattea Roach during her 15th game of Jeopardy! on 25 April.