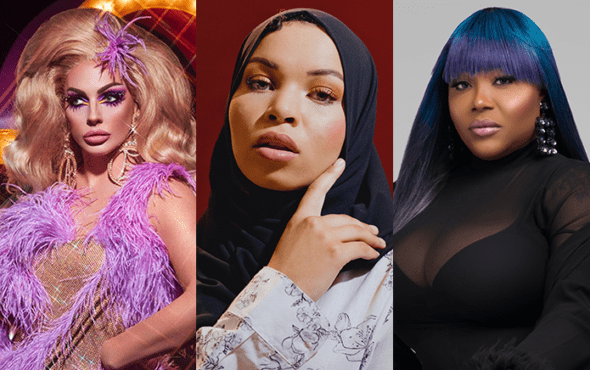 TAIMI Talks are a weekend-long live streaming event featuring celebrity interviews, classes, chats, and much more. The streams are a part of TAIMI’s social mission to combat homophobia, biphobia and transphobia around the world and raise awareness about LGBTQ+ issues.

Among some of the celebrities lined up for TAIMI Talks are Alyssa Edwards, who will be hosting an exclusive dance class from the Living Beyond Belief dance studio, made famous by her Netflix special.

Chris Mosier, a trailblazing transgender athlete, will share his story and experiences of LGBTQ+ athletes at various levels of sport.

“I’m excited to be a part of TAIMI Talks to create space for conversations that need to be happening in our community right now. I hope to create a space to empower people to truly be themselves and see others for who they are”, says Chris.

Blair Imani, TS Madison, Monique Heart and others will join Alyssa Edwards and Chris Mosier for the event. Raising awareness, supporting the message of loving yourself, educating and entertaining are just a few of the goals of TAIMI Talks.

TAIMI Founder Alex Pasykov, who is an avid supporter of the fight for equality and an outspoken LGBTQ+ ally, believes TAIMI Talks are a reflection of the evolution of TAIMI – the world’s largest LGBTQ+ platform that features a social network and dating app.

“TAIMI Talks are all about connecting people during these tremendously difficult times,” says Pasykov. “It only makes sense for us to launch these flagship series right after TAIMI’s Pride-focused activities. TAIMI Talks have been a dream of mine for a while now, and I am really excited to see this event unfold!”

The streams will be the first of its kind for TAIMI, but the project will continue to evolve in the future. Diana Lysenko, TAIMI Influencer Marketing Team Lead, believes that TAIMI is the perfect platform for celebrities, activists and the media to utilize in order to get their message closer to LGBTQ+ audience.

“TAIMI Talks are a project that will continue to grow. We want to showcase different voices from LGBTQ+ celebrities and activists around the world,” she explains. “I can honestly envision this event in French, Spanish, German, you name it. TAIMI Talks are definitely going to become a staple for LGBTQ+ people.”

The flagship live streaming series will run throughout the weekend of September 12-13 and be available to all who use TAIMI – the world’s largest LGBTQI+ platform that features a social network and dating app free of charge.

TAIMI can be downloaded by following this link.