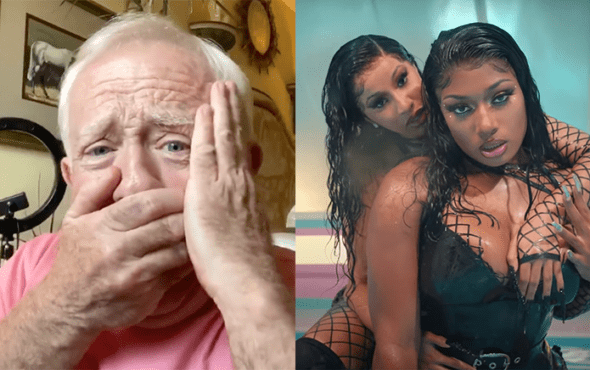 Leslie Jordan has continued to deliver on the Instagram front with his reaction to one of the most infectious – and raunchiest – singles of the year.

The actor, known for roles on Will & Grace and American Horror Story, has seen his Instagram following grow substantially throughout the coronavirus pandemic due to his hilarious daily updates from his family home in Tennessee, as well as his pop culture commentary.

In his latest video, Jordan reacts to Cardi B’s critically-acclaimed collaboration with Megan Thee Stallion, WAP, which broke the internet upon release due to its sex positive message and now-iconic video with Normani, Kylie Jenner and Rosalia.

“Oh lord, no no no no. I can’t believe it. Well, that is just shocking.” After singing the sample of Frank Ski’s 1993 single Whores in This House, Jordan continues: “Oh my lord. Well, I don’t judge. To each its own. I guess a garbage can has its lid.”

The star captioned the video: “I think I just lost a few years off my life — I almost had a heart attack. @iamcardib, you can’t be kissing me with that dirty mouth.”

Unsurprisingly, the clip has earned over 1.3 million views. It attracted praise from stars such as Clark Moore, Justin Long, Katie Couric and Sharon Stone.

WAP shot to the top of the Billboard Hot 100 one week after its release, becoming the second chart-topper for Megan, following the Beyoncé-assisted Savage, and the fourth for Cardi; extending her reign as the female rapper with the most number-one singles in the United States.

Although the dirty-rap anthem was met with praise from fans and critics, it was subjected to criticism from conservative commentators, as well as Russell Brand and CeeLo Green.

Cardi tweeted that she “can’t believe conservatives soo mad about WAP,” and responded to an article stating that conservatives wanted the song banned by saying, “This is kinda iconic and I’m living for it.”