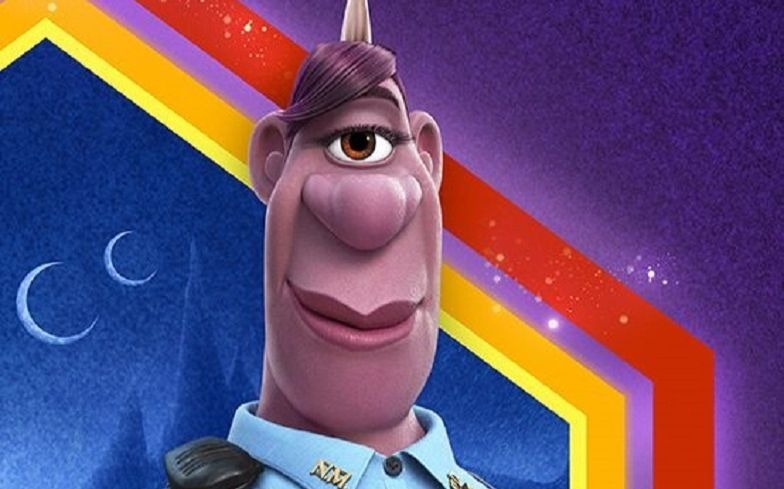 There was a small LGBTQ moment in Toy Story 4.

Pixar’s latest film Onward is nearly upon us, and it’s been confirmed that the film will feature another small, but meaningful LGBTQ moment.

In the film, Lena Waithe plays a cyclops police officer, Officer Specter, and a small line of dialogue confirms that the character is LGBTQ. After pulling over a parent stressed out by the behaviour of his girlfriend’s sons, she sympathetically says: “My girlfriend’s daughter got me pulling my hair out.”

Sadly, this small scene is the only one in which Officer Specter appears in, but it’s a visible step-up from previous Pixar films which only hinted at non-speaking characters being LGBTQ. In Toy Story 4, one small, but important, moment where one child is dropped off by two moms. Later, the moms return to pick up their child and give them a hug.

Speaking to Yahoo Entertainment, the producer of the film, Kori Rae, said: “It just kind of happened.” While the film’s director, Dan Scanlon added: “The scene, when we wrote it, was kind of fitting and it opens up the world a little bit, and that’s what we wanted.

“It’s a modern fantasy world and we want to represent the modern world.”

But despite Officer Specter only having a small role this time around, Rae teased more could be to come, telling EUR: “I want to make a whole new movie about Officer Specter, we already have the material.

She [Waithe] basically wrote it all and gave us a back story.”

Watch a trailer for Onward either below or here.

Disney films are moving forward with LGBTQ representation, albeit with small steps, featuring LeFeu as a gay man in the remake of Beauty and the Beast and small same-sex moments in Avengers: Endgame and Star Wars: The Rise of Skywalker.

However, things could be about speed up as it was confirmed that not only will the upcoming Marvel film The Eternals feature the first gay superhero, but the film will also have the first gay kiss.

“Everyone cried on set. For me it’s very important to show how loving and beautiful a queer family can be,” Brian Tyree Henry, who plays the husband of Phastos, said.

Plus, Disney has cast Jack Whitehall to play a gay character in Jungle Cruise.

Things are moving quicker when it comes to TV series, with there being gay couples in Star Wars: Resistance and the High School Musical TV series, and viewers can expect to see the first trans superhero when Loki launches on Disney+.

Onward will be in cinemas from 6 March.