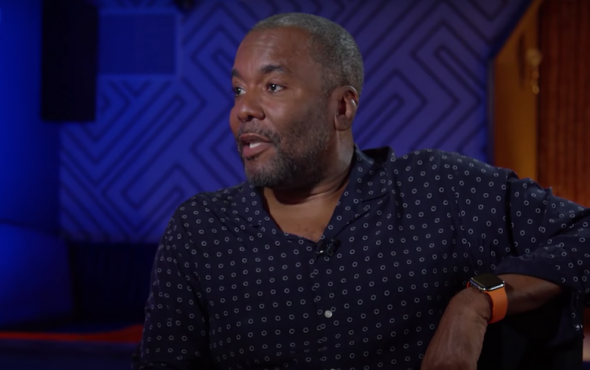 “Maybe some white filmmaker will be able to do it. Maybe they’ll give it to a white guy.”

Lee Daniels is struggling to make his gay superhero film.

Last year, the Oscar-nominated director revealed plans for a gay superhero blockbuster with Super Bitch star Dremon Cooper, who went viral for uploading hilarious videos in which he ‘takes down’ criminals in pink stiletto boots.

In a recent interview with Insider, Daniels – who also created Emmy-nominated drama Empire alongside Danny Strong – revealed: “I have been trying to get a superhero movie going for quite a while.

Although the Marvel Cinematic Universe and DC Extended Universe boast 31 releases between them, with many more on the horizon, there’s still been zero superhero films with a prominent openly LGBTQ+ character.

However, the MCU is set to change that. The Eternals, which is due for release in February next year, will debut the first openly gay Marvel hero (played by Brian Tyree Henry). He will have a same-sex partner and two kids.

The upcoming third sequel in the Thor franchise, Love and Thunder, will also focus on Tessa Thompson’s fan-favourite character, Valkyrie, as she searches for a “queen” to sit beside her as the new King of Asgard.

Despite the positive LGBTQ+ representation coming to the MCU, the same can’t be said for directors of colour. Out of the 23 films distributed, only two of these directors have been POC: Ryan Coogler (Black Panther) and Taika Watitit (Thor: Ragnarok).

Daniels told Insider that the lack of support from studios hasn’t prevented him from getting the job done.

“Anything I want done, I do it myself. It’s not like I rely on anybody to do a film. It takes time. I’ve learned. In my 30s I was frustrated, in my 40s. But whatever I want done, it will be done,” he explained.

“That’s the journey that I’ve had as a gay Black filmmaker. So, I will get it done, but in my own way and in my own time.”

Related: Marvel’s upcoming films with queer superheroes are delayed due to coronavirus.