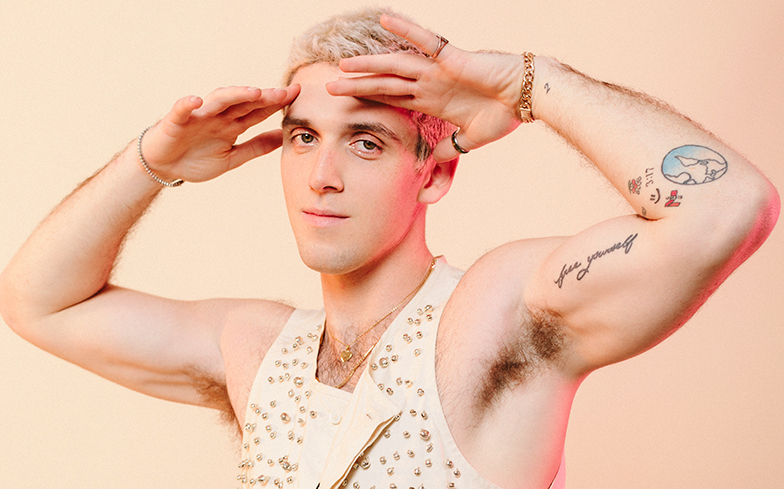 Lauv has opened up about mental health and his friendship with Troye Sivan.

The American singer-songwriter found success across the pond in the UK last year with his hit I’m So Tired – but the song came out during a period where his mental health issues were most acute.

“It was about the peak of my really weird, like, deepest part of my depression and OCD,” he tells Gay Times Magazine in an interview with Nick Levine, adding that Troye “proved to be so there” for him as a friend and support system.

“I don’t wanna say I’m surprised by that, because I know Troye’s an amazing person, but everybody’s so busy in this business, and you never really know who you can rely on. With Troye, I know from the bottom of my heart that when I need him, he will be there for me, and that means a lot.

“I was struggling with thoughts of not really wanting to be an artist and not wanting to deal with the pressure. Troye listened to me and took a lot of time to present his own experiences of stress to me and the ways he’s coped with it all. So really, he’s been a role model to me in managing this whole thing.”

Lauv says that being an LGBTQ ally is “incredibly important to him”. At the same time, he recognises quite rightly that he can’t speak about queer issues “from extreme personal experience – only from what I’ve seen through a lot of my friends who are members of that community”.

He says he believes firmly that nobody should feel any pressure to present anything to the world other than what they genuinely and authentically feel. “How does anybody else’s sexual preference affect you at all?” he says rhetorically.

“People should be able to love whoever they want to love and identify however they want to identify. I wonder what kind of place it comes from when people have such hatred for that. I just don’t get it.”

Lauv’s Gay Times Magazine cover is available worldwide, and you can buy it here.