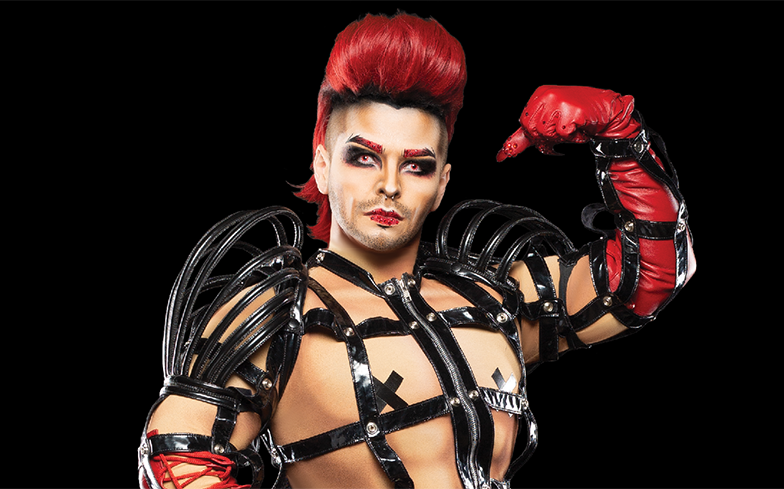 Landon Cider just made HIStory as the first drag king to win The Boulet Brothers’ Dragula.

Earlier this year, the 39-year-old was chosen as a contestant for the third season of the horror-themed alternative of Drag Race, making it the first time the art-form has been represented on reality television in the United States.

After competing against ten other performers – all of which were drag queens – winning three main challenges with zero bottom placements, Cider emerged victorious in the finale and earned the title of America’s Next Drag Supermonster.

Cider also boasts the honour of being the first cisgender woman to compete on the series, as well as becoming the first contestant on Dragula to make it to the finale without being up for – in the words of the show – “extermination”.

Earlier this year, Cider said of his groundbreaking casting to The Advocate: “I am a proud cis woman, lesbian and drag king.

“AFAB drag performers share the same length of history with queens, fill our communities with incredible artistry, and I am honored to be just one in an infinite sea of talent. Hollow and I are shattering glass ceilings.”

“So grab a shard, AFABs, cause we’re all coming for blood! Forever grateful to the Boulets for sharing a variety of voices on the platform they’ve built for all the queerdos. This season is one not to be missed and it’s just the beginning!”

This season of the acclaimed, boundary-pushing series featured 11 monsters who competed in fear-factor-esque challenges, including: catapulting out of a plane, stapling dollar bills to their body and surviving a haunted house.

All three seasons of The Boulet Brothers’ Dragula are now available to stream on Amazon Prime.