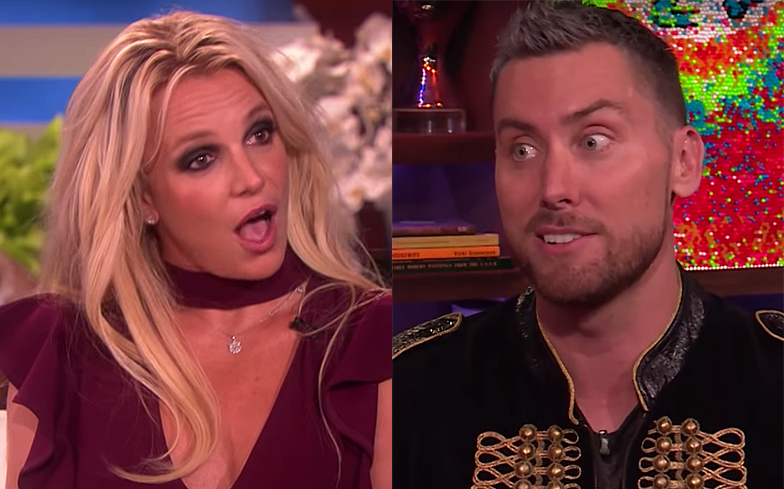 Lance Bass has reminisced on the first time he ever came out to Britney Spears.

During an appearance on Watch What Happens Live with Andy Cohen, the host told the audience that the former NSYNC star told Britney he was gay to stop her from crying on the night of her first wedding in 2004.

“It was the night she got married, the first time, to Jason,” he said. “I went up to Vegas to see the craziness that was happening and she was a little upset, once she realised what she had done.

“It was a funny thing, and she started really crying, she was really upset. So I took her to her room and we were sitting on the bed and she wouldn’t stop crying, so I was like, ‘I’m gay!’ It made her stop crying, so…”

When asked if Britney was “sweet and supportive”, Lance admitted: “She chuckled.”

The two stars have been close friends ever since their debut in the music industry in the 90s. Britney supported the band on their second tour NSYNC in Concert in 1998, and eventually dated member Justin Timberlake for three years.

Related: Musical set to the music of Britney Spears is already set to become a film.

Related: We ranked every single Britney Spears album from worst to best.