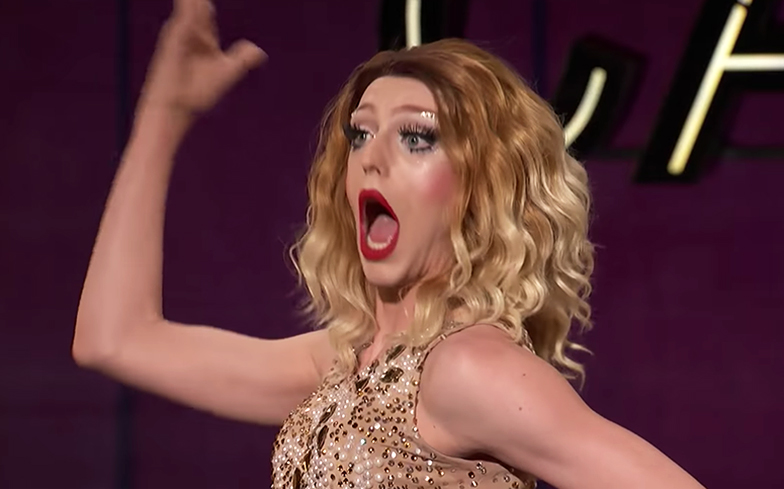 So You Think You Can Dance just got SICKENING.

The hit US competition is now in its 15th season (can you believe!?), but it’s still making headlines and breaking boundaries as Monday night’s premiere episode featured none other than RuPaul’s Drag Race contestant Laganja Estranja!

Dallas native Jay Jackson, who appeared as alter ego Laganja on season six of Drag Race, gave everything during his audition which saw him vogue, split, strut and death drop in drag to the sound of RuPaul’s iconic single Cover Girl.

“I like to say that drag chose me, I did not choose drag” Jay explained in his introduction video.

“When I graduated college, I had a really hard time getting a job as a dancer. Everyone said I was too feminine, and my build is very slender, so I just didn’t fit the mould. [But] when I fully embraced that, I put on drag for the first time ever.”

Fans will be glad to know that Laganja/Jay made it through to The Academy, as his sickening performance earned him a massive yes from three of the judges. We hope America is ready for the show to get drop dead GORGEOUS.