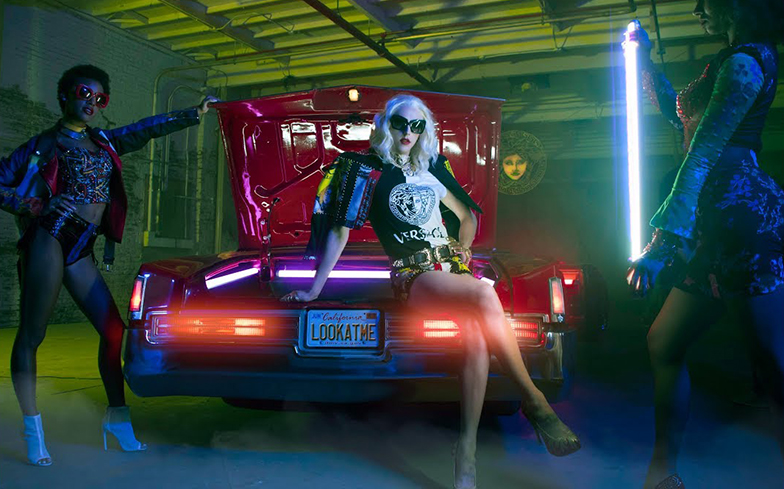 Laganja Estranja has levelled her p*ssy up.

While she may be best known for her appearance on RuPaul’s Drag Race season six, the fierce queen and marijuana advocate has been slowly working away on her own music career, and now she’s ready to unleash her creativity onto the world.

Look At Me is the stars attempt to do just that – get your full attention – and it works, as she throws all she’s got into the Assaad Yacoub-directed visual: Sickening choreography, snappy pop culture references, and of course a death drop.

But behind all the glam, there’s a political message, as Laganja ends the video with figures about the ‘war on drugs’ and the disproportionate amount of African-American and Latino people that are incarcerated.

“This video is dedicated to all individuals and families affected by the war on drugs, especially those disproportionately affected because of racial oppression,” reads a slide at the end of the mini film.

When we spoke to Laganja earlier this year, she told us that releasing original music is what she’s “most excited about” in her career.

“I’ve spent a fortune, everything I have, creating a really strong and incredible album that I believe has the potential to crossover. I think we’re about to blow it out of the water,” she said of her debut EP, Exhibit A.

Watch the video for Look At Me below.