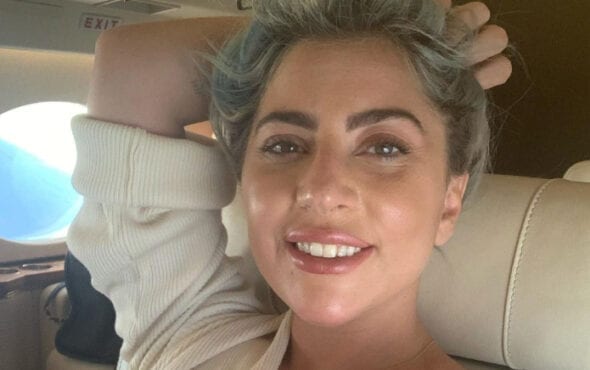 Lady Gaga has set the internet ablaze after posting a photo from the set of House of Gucci.

The pop superstar will return to the big screen in the true crime drama as Patrizia Reggiani, who was convicted of plotting the assassination of her ex-husband Maurizio Gucci (played by Adam Driver) on the steps of his office in 1995.

Posted on Tuesday (9 March), the photo features a brown-haired Gaga and Driver dressed in stylish ski gear on a snow-capped mountain, with the caption “Signore e Signora Gucci,” which translates to Mr and Mrs Gucci.

The film will adapt the screenplay from Sara Gay Forden’s book, The House of Gucci: A Sensational Story of Murder, Madness, Glamour, and Greed.

House of Gucci will mark Gaga’s first major film role since her big screen debut in A Star Is Born, which won her an Academy Award for Best Original Song for hit single Shallow, and a nomination for Best Actress.

Oscar-winning filmmaker Ridley Scott will direct the film and produce with his wife Giannina Facio, who has also appeared in a majority of his productions as an actress. Gaga previously worked with Scott for her Fame fragrance trailer.

As well as A Star is Born, Gaga had brief cameos in the films Machete Kills, Muppets Most Wanted and Sin City: A Dame To Kill For, and took the starring role as The Countess in Ryan Murphy’s hit TV series American Horror Story: Hotel.

For the latter, she earned a Golden Globe Award for Best Actress.

Based on Kotaro Isaka’s novel Maria Bettle, Bullet Train follows a group of assassins whose paths cross while on a train to Tokyo. It will be directed by David Leitch, who is best known for his work on action blockbusters John Wick, Atomic Blonde, Deadpool 2 and Fast and Furious: Hobbs and Shaw.

House Of Gucci is expected to hit cinemas 24 November.