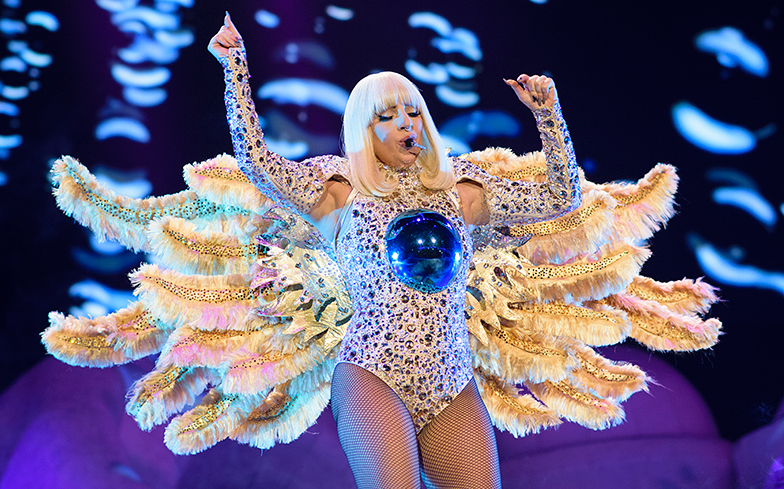 “The internet is essentially a big joke.”

Lady Gaga has cleared the air on her controversial tweet about ARTPOP.

Earlier this year, the pop superstar caused a frenzy on social media when she said she doesn’t “remember” the brilliant-yet-misunderstood album, which in retrospect was clearly too ahead of its time for most listeners to appreciate.

The era was mired with controversy – the biggest being R Kelly’s feature appearance on Do What U Want, leading to a scrapped music video – the album divided fans and never received the acclaim it deserved from critics.

So it’s understandable that Gaga may not look back too fondly on the album on the era. Still, it maintains a special place in the hearts of a small but vocal (read: rabid) group of fans, and they weren’t too pleased to see their fave shade the record.

However, in a new interview with PAPER, Gaga assured that she was just being a troll.

“I think it’s funny that I’m not allowed to have a sense of humor,” she explained. “The internet is essentially a big joke, but if I tell one everyone freaks out. I don’t regret my art, and I wouldn’t suggest anyone do.”

She then embraced her inner Christina Aguilera ala Bionic as she said: “I look back at ARTPOP and look at music today, and I see a lot of things that were very… Futuristic. Or they were ahead of their time, and I’m okay with saying that.”

Earlier this week, Gaga broke the internet when she appeared on the latest issue of PAPER as a cyborg.

The Oscar-winning singer and actress was interviewed about her highly-anticipated sixth studio album, Chromatica, which is “the album is the most honest thing I could’ve ever created, and I’ll never forget making this record.”

Gaga also teased a major collaboration with a fellow female pop star, who has “similarly experienced immense trauma while in the public eye”. Their song is reportedly “a flawless dance floor crier as a celebration of all the tears.”

It was recently rumoured that the collaboration would be with Ariana Grande, because she and Gaga now follow each other on social media. Oh, and Ariana liked every single one of Gaga’s posts about Stupid Love. IS IT HAPPENING?!

Stupid Love, the lead single from Chromatica, received universal acclaim upon release and debuted at number one in Scotland, the top five in the UK and US, and the top ten in countries such as Ireland, Australia, Canada and Switzerland.